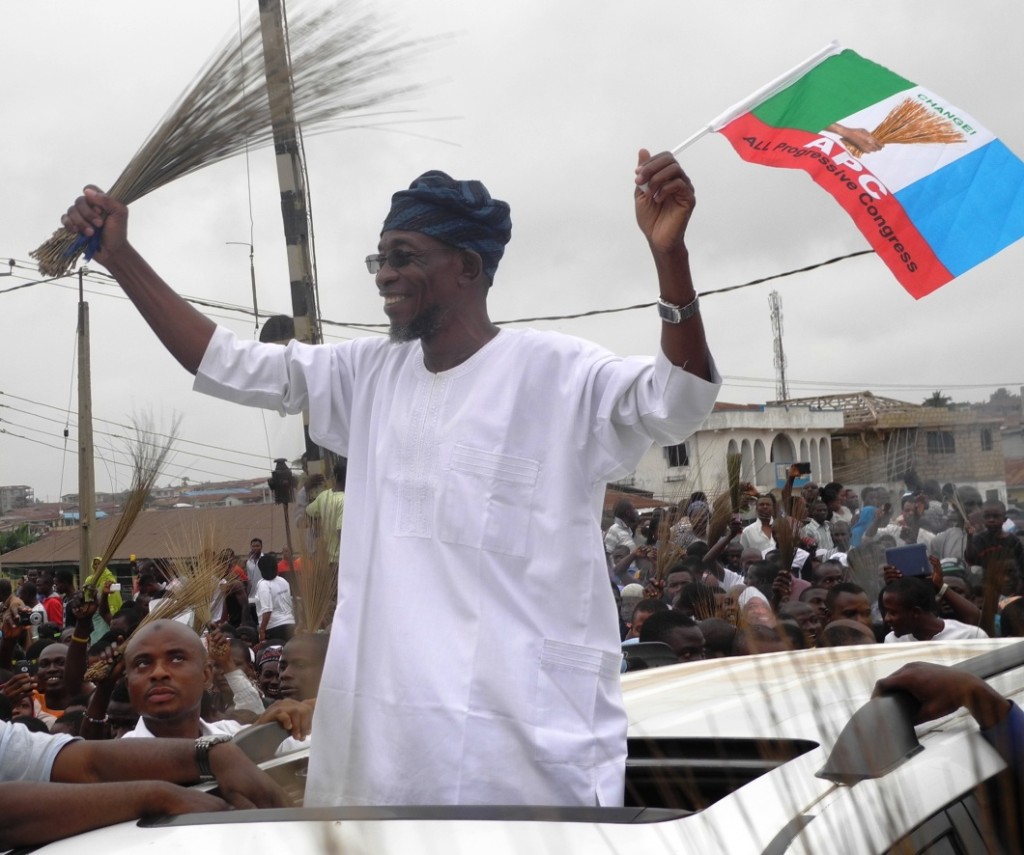 Share
Facebook Twitter LinkedIn Pinterest Email
The Osun State Government and the National Defence College on Tuesday agreed that Nigeria requires a more unique strategy towards combating poverty as a way of maintaining national security.
The National Defence College commended what it called the unique ways in which the Osun State Government has been generating employment, thereby reducing risks of insecurity.
The state government on its own said its heavy investment in schemes such as the highly impactful school feeding programme, youth employment scheme and others have helped in making its economy the seventh largest and the state with the third GDP per capital despite being the state with the least revenue from the federal allocation.
The Governor of Osun State, Ogbeni Rauf Aregbesola, while hosting members of the Course 23 of the National Defence College at the Government House, Osogbo, told the team that a well-run economy such as obtains in the state has the capacity to reduce the burden of insecurity and make the job of the Defence personnel and other security agencies less cumbersome.
The Director of National Military Strategy, Air Commodore AbdulGaniy Olabisi, who led the Course 23 Participants of the College on the courtesy call, commended Aregbesola for developing the economy of the state to the benefit of the masses.
The governor lamented the current financial predicament of the country, ascribing it‎ to the Nation’s heavy reliance on crude oil to the detriment of agriculture and other money-spinning sectors of the economy.
Aregbesola stated that the over-dependence of the country on oil cannot be sustained for too long, noting that still depending on oil at this time of oil glut may spell doom for the stability of Nigeria’s economy.
He held that the country must look inward ‎on how to sustain its economy through other sectors like agriculture and mineral resources, which were sustaining the country before the advent of the oil boom.
According to him: “The dependence on oil will undermine the stability of the country if care is not taken.
“What is happening to oil cannot be helped by the country.
“Beyond the issue of international relations, personal interests of some producing states comes to play.
“We must look inward to salvage our economy.
“Our people are overstretched with the sacrifices they have made with the decline in the price of oil.
“Therefore, the country must earnestly diversify the economy for the benefit of our people.
“The economy of Nigeria is in a bad state.
“A state that does not give anybody a clue of what will happen next, all hands must be on deck to save the country from doldrums.”
Aregbesola advised that‎ the school feeding programme is an alternative approach to development, saying that for the country to eliminate insurgencies, government must ensure that poverty is reduced and lives of Nigerians made meaningful.
The governor pointed out that development can only thrive in an atmosphere of peace hence government must do everything to make the development and growth of the people its priority.
Aregbesola said: “We will not be able to liquidate insurgency completely because we must first liquidate it by putting in place policies and programmes that will bring to the barest minimum the unnecessary insurgents that will want to threaten our security.
“Development is freedom, peace and security.
“The level of development that is acceptable is where every individual sees themselves as a relevant part of the society.”
The governor added that Osun State has been able to improve its economy through the school feeding of over 250,000 elementary pupils every school day.
He revealed that the programme has directly employed 3,007 women and over tens of thousands of farmers in the state.
Aregbesola stated that if Nigeria can focus on a school feeding programme that will not allow any imported materials, the country will be able to improve its economy.
Speaking earlier, Olabisi congratulated the people of Osun State on the inauguration of Aregbesola for second term.
He said the National Defence College chose Osun State as the focus of its study of the economy and that of job creation‎ due to the excellent performance of the governor of the state in the development of the economy.