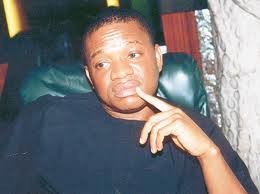 Dr. Orji Kalu, former Governor of Abia State, on Monday said he was not afraid of any consequence of defection of five governors and 37 Representatives from the Peoples Democratic Party to the All Progressives Congress.
Kalu made the remark at the Murtala Muhammed International Airport, Ikeja, Lagos, before travelling to Dubai, United Arab Emirates
“We are rebranding the PDP now and we will come out stronger after it,” he said.
He also said Nigeria would not disintegrate either now or in the near future, stressing that the nation would continue to wax stronger.
Kalu added: “We need the country more than the country needs us.
“The unity of this country cannot be compromised.
“We are going to be the trustees of the unity of the country.”
Kalu said that the Igbo ethnic group is not interested in the disintegration of the country in spite of being a large group.
He said: “There are Igbos in Sokoto and every part of the country.
“So, we are the salt of the nation and ready for the unity of Nigeria and a more prosperous nation.”