Defection: Akpabio reacts to calls for Senate to declare his seat vacant 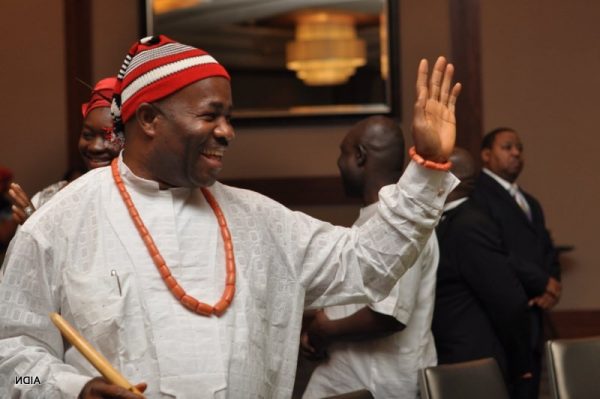 Senator Godswill Akpabio says any move to declare his seat vacant in the Senate will prove abortive.
Akpabio made this known in an interview with newsmen in Abuja on Monday.
He said though he had yet to hear about it, if his seat must be declared vacant, the seats of those, who defected to the Peoples Democratic Party, should also be declared vacant.
According to him, if the excuse of those calling for his seat to be declared vacant is that there is no rancour in PDP to warrant his defection, they should also know there is no rancour in APC.
He said: “Any defection from APC to PDP, we will like to declare those seats vacant.
“As you are looking at me, do I look perturbed? I have not heard the report.
“I think that is a rumour because at the moment, there is no division in the APC. The APC is one family.
“If you hear about R-APC that was not really a political party, that was not a division.
“It has since been consumed in what they call Coalition of United Political Parties.”
On the threat by APC National Chairman, Adams Oshiomhole to get the President of the Senate, Dr Bukola Saraki impeached, Akpabio said he was not aware of that.
He said: “I just came in from Ikot-Ekpene, where I decided with my people to join APC. I’m yet to be briefed on any of those items. I have not heard anything.
“Why don’t you wait for me to formally talk to you? I believe that when the National Assembly resumes, you will hear from me directly. So, exercise patience.”
The News Agency of Nigeria reports that Akpabio, while defecting from PDP to APC, also tendered his resignation as Minority Leader.