Defection: 14 Zamfara LG boss seek to be joined in PDP suit against Matawalle 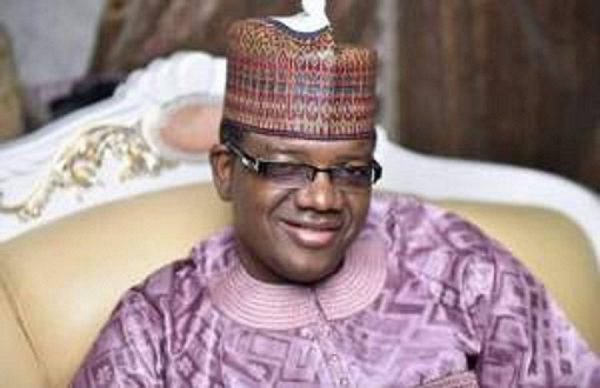 Fourteen chairmen of local government councils in Zamfara State, Friday, prayed a Federal High Court, sitting in Abuja to join them in a People’s Democratic Party (PDP)’s suit against Gov. Bello Matawalle and others.

The chairmen, through their lawyer, Emeka Okpoko, told Justice Inyang Ekwo that whatever decision was given by the court would affect their interest and the entire councils.

Matawalle, state and federal lawmakers from the state defected from the opposition PDP to the ruling All Progressives Congress (APC).

PDP, had in a suit marked: FHC/ABJ/CS/650/2021 is prayed the court for an order removing Matawalle as governor over his defection to APC.

The opposition also asked the court to sack the senators, House of Representatives members and state House of Assembly’s members who decamped alongside the governor to APC.

The chairmen, in a motion on notice dated and filed on April 6, also said that whatever verdict delivered by the court would affect their federal constituencies, senatorial districts and the mandate given to the governor and all the lawmakers (5th to 38th defendants) in the state.

They said they would be terribly shortchanged and denied the services of these defendants at both state and national levels if the court acceded to the request of PDP without hearing from them.

According to them, their overall interests and that of the good people of Zamfara are better served and protected with the 2nd defendant (All Progressives Congress) being a federal party.

The chairmen said they were necessary parties in the suit and ought to be joined as they would eventually be bound by whatever relief granted by the court.

The applicants, who said that the issues cannot be effectively determined without their joinder, said Section 36 of the 1999 Constitution guarantees fair hearing to them.

Moving their motion, Okpoko said the application prayed for an order granting leave to the applicants to be joined in the matter as 39th to 52nd defendants and for all the processes to be amended and served on his clients.

He argued that the real test was whether the interest of the persons seeking to be joined would be irreparably prejudice if not joined.

But Emmanuel Ukala, SAN, counsel to the PDP and Barrister Mahdi Aliyu Mohammed, the impeached deputy governor, opposed to the motion for joinder.

Ukala informed that a counter affidavit had been filed to the effect on April 13, urging the court to dismiss the application.

He argued that his clients did not make any claim against the chairmen that would have affected them.

“They cannot rely on passing interest of a party to apply to be joined,” he said.

The senior lawyer submitted that the standard practice for joinder is one has to be affected by a decision to be joined. According to him, they are not necessary party.

Ozekhome, who appeared for the 5th to 38th defendants (Matawalle and the lawmakers), backed the submission of Okpoko.

“We have an affidavit dated and filed on April 28. We are agreeing with the motion for joinder my lord,” he said.

Calling the attention of the court to Paragraph 4 of his application, he reminded that the court had also joined the impeached deputy governor as 2nd plaintiff when he applied.

“Therefore, the court can exercise its discretion whether the parties can be joined,” he said.

Ozekhome disagreed with argument that the chairmen were not necessary parties.

Citing a previous case, the senior lawyer argued that not only a necessary party can be joined in a suit but also a proper and interested party.

He said the applicants are chairmen of local government councils in the state and are therefore interested, proper and necessary parties.

Justice Ekwo adjourned the matter until June 14 for ruling.