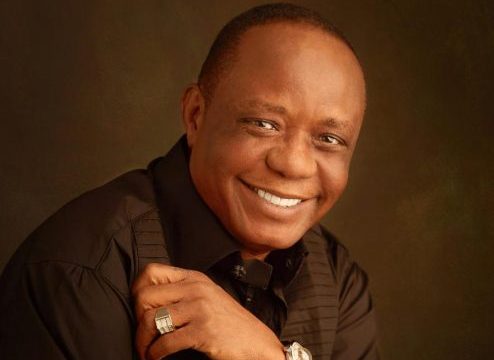 The Chairman of Ocean Marine Solution, Captain Idahosa Wells Okunbo, popularly known as Captain Hosa, has served a notice on the Edo State Government of his intention to proceed against it in court for libelous and defamatory publications against him.

In a letter by his Counsel, Dr. Oladapo Olanipekun (SAN), dated July 20, 2020 and referenced: EM/OAG/02/2020, addressed to the Edo State Attorney General and Commissioner for Justice, Prof. Yinka Omorogbe, Captain Hosa demanded a retraction of the said publications.

He also demanded that the State Government and/or its representatives should cease and desist from making any further libelous and defamatory publications against him.

The billionaire businessman demanded the sum of N2 billion for the “embarrassment, inconvenience, losses and damages done to his person, character and interests” as a result of the “mischievous, malicious and misleading publications.”

In the four-page letter, Olanipekun said: “On Monday, 20 July, 2020, publications captioned ‘Okunbo, Oshiomhole making plans to disrupt Edo governorship elections’, appeared on pages 26 of The Punch and 53 of THISDAY.

“The thrust of the captions and publications referred to above is expressed and reflected in some of the abstracts/excerpts below:

“…a Benin billionaire, Captain Hosa Okunbo, held a meeting on July 19, 2020, where they perfected plans to recruit thugs to disrupt the forthcoming September 19 governorship election in the State, having discovered that they cannot win the election in a fair contest.

“…they met with these thugs, gave them targets and paid them in advance to cause trouble and undermine the will of the people during the election.

“…Okunbo is a key figure in the gang-up to take Edo backward. He is actively supporting and sponsoring warlords, thugs and ill-intentioned politicians that are scheming to dislodge Governor Obaseki so they can have free access to the State’s treasury.

“We are therefore calling on security agencies to quickly intervene, investigate and rein in Okunbo in his quest to set the State ablaze.”

Olanipekun said “arising from the foregoing, the captions and publications are most unfortunate, inaccurate, misleading, malicious, unfair, defamatory, libelous and incriminating.”

According to him: “You are aware that our client is one of the most prominent citizens of Edo State and, indeed, a foremost Nigerian. He is an accomplished businessman, whose interests and achievements, transcend Edo State and Nigeria.

“Through hard work, excellence and the rare business acumen, our client has built and nurtured a diverse and vast business conglomerate, spanning different spheres of the Nigerian economy.

“Edo State is one of the primary beneficiaries of our client’s industry. He invests significantly in the welfare of the State and he employs several hundreds of Edo indigenes in his many businesses.

“Our client has been meticulous in building his career with the hallmarks of diligence and integrity. His peace-loving nature has received global acclaim. Hence, he was recognized with a global peace award in 2019 by the Chairman of the Order of Lafayette awards in Geneva, Switzerland.

“We could refer to an endless list of numerous awards and achievements certifying our client as a man of integrity, industry, means and peace. It is instructive that some of these awards were conferred on our client by institutions based in Edo State. He is a respected Nigerian and philanthropist, who is held in high esteem within and beyond the shores of Nigeria.

“As a remote and direct result of the false, inaccurate, misleading and libelous publications, our client has been inundated with several enquiries from different parts of the world by concerned associates, clients, investors, friends and family members, demanding explanation and clarification about the criminal insinuations of the publications.

“This has caused serious embarrassment to our client’s reputation and businesses. It has also caused our client undue apprehension, with implications to his health. Our client is not unmindful that these publications are calculated to instigate public antagonism against his person, family and business interests.

“The publications have caused considerable distress to our client, putting his distinguished and illustrious reputation at risk. In particular, you are aware that as with most businesses, our client’s businesses thrive on goodwill.

“Our client notes with concern that the resources and insignia of the Edo State Government have been lent to this unworthy cause, which appears to serve no other purpose than to witch-hunt, malign and settle personal scores for incomprehensible reasons.

“Our client has been projected as a criminal conspirator, who sponsors thugs and takes pleasure in unleashing mayhem and anarchy. He has also been portrayed as an undemocratic and anti-democratic Nigerian, with a dishonest and criminal source of income.

“Clearly, the publications have lowered the estimation/perception of our client in the view of right-thinking and reasonable members of the society.

“Premised on the foregoing, we have further instruction of our client to demand a retraction of the publication and an unreserved apology.

“The said retraction and apology, apart from being in writing to our client in person, should be published in the same newspapers and given the same prominence as the defamatory caption/publications.

“We also demand that the Edo State Government and or its representatives cease(s) and desist(s) from making any further libelous and defamatory publications in respect of our client.

“Finally, our client demands the sum of N2,000,000,000 (two billion naira) for the embarrassment, inconvenience, losses and damages done to his person, character and interests.

“In the event that the Edo State Government fails to meet these legitimate demands of our client within a period of 3 (three) days from receipt of this letter, our firm instruction is to proceed with other legal means of seeking redress for our client.”