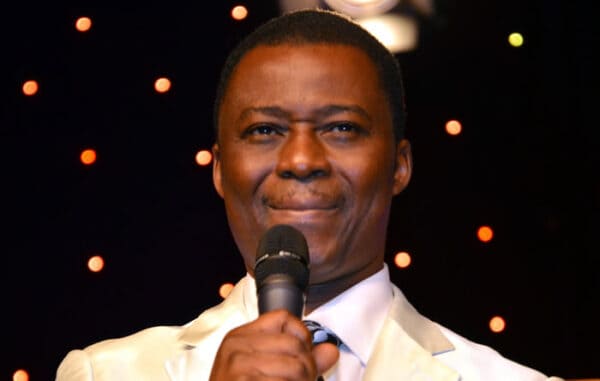 A London, United Kingdom-based Vlogger, Maureen Badejo, is in the news again. But this time, for the bad as she has again lost an appeal against mounting Court rulings against her in respect to several defamatory statements she had made against Dr. Daniel Olukoya and his wife, Folashade.

Dr. Olukoya is the founder and General Overseer of Mountain of Fire and Miracles Ministries (worldwide).

In the latest ruling, the High Court Appeal Centre, Royal Courts of Justice, London, on 13th September, 2022, ordered that:

“Permission to appeal is refused. The application is totally without merit. Pursuant to CPR 52.4(3), the defendant may not request this decision to be reconsidered at an oral hearing.”

Maureen had approached the court to upturn two judgements against her.

Full text of the ruling…

In the High Court of Justice

Before the Honourable Mr Justice Lavender sitting at the Royal Courts if Justice, Strand, London, WC2A 2LL on the 13th day of Sept 2022

It is ordered that:

1. Permission to appeal is refused

2. The application is totally without merit

3. Pursuant to CPR 52.4(3), the defendant may not request this decision  to be reconsidered at an oral hearing.

2. Insofar as the Defendant seeks permission to appeal against Master Thornett’s order of 3 February 2022 (“the second order”), her proposed grounds if appeal are both hopeless and pointless.

a. The second order correctly recorded that Mountain of Fire and Miracles Ministries lnternational was no longer a Claimant, it having discontinued its action against the Defendant in all respects. Whether it was named as a Claimant in the order or not made no practical difference to the Defendant.

b. With one exception, the second order made no change of substance to the first order. Even if the proposed appeal were allowed to proceed and resulted in the second order being set aside, the Defendant would remain subject to the same prohibition.

c. The second order merely restated the first order in a different form, in response to a suggestion by Tipples J that a mistake had been made as to the form of the first order. Master Thornett had power to correct that accidental slip pursuant to CPR 40.12.

d. The exception was that one item (Video 1(i)) was removed from the list of “imputations” which the Defendant was prohibited from repeating. The inclusion of that item in the first order had been

an accidental slip, because it did not concern the conduct of the Second and Third Claimants. Again, Master Thornett had power to correct that slip. Moreover, the removal of that item from the list in the second order was a benefit to the Defendant. No point would be served by the Defendant appealing against a change which was in favour.