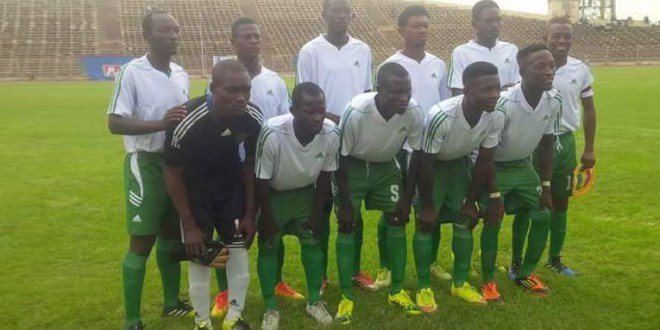 The defending champions of 7th West Africa Deaf Football Tournament, Nigeria Deaf Football Association national team, on Friday vowed to defend its title in the next edition scheduled for August 5 to August 17.
The News Agency of Nigeria reports that the 8th edition of the West Africa Deaf Football Union organised tournament would hold in Lome, Togo.
Banjo Kamiludeen, national coach of NDFA, told NAN in Lagos that the team otherwise known as “Deaf Eagles’’ are ready to retain the trophy.
According to him, the team is expected to depart the country on Saturday.
Kamiludeen said that the team ended in the 2nd position in the 4th and 5th editions, defeating host country, Mali 2-1 in the final of the 7th edition.
He, however, noted that the team did not participate in the tournament in 2016.
The coach also said that the players had remained dedicated since the inception of the tournament in 2000 and had won the trophy back to back in the 1st, 2nd and 3rd editions.
He said: “We are known for our remarkable performance in this tournament, and this years’ edition is another opportunity to exhibit our supremacy by defending our title.
“There is always something to show for our appearances in this tournament, fans get thrilled with skills exhibited by our boys during our matches.
“We missed out in 2016 due to lack of sponsorship and our absence was obvious because I was in touch with the organisers and host country, Ghana.
“In addition to our regular training, we observed a national camp to beef up our preparations and I am confident that we will bring honour to the nation again.”
Kamiludeen urged fans to pray for the national team for a successful outing in the football fiesta.