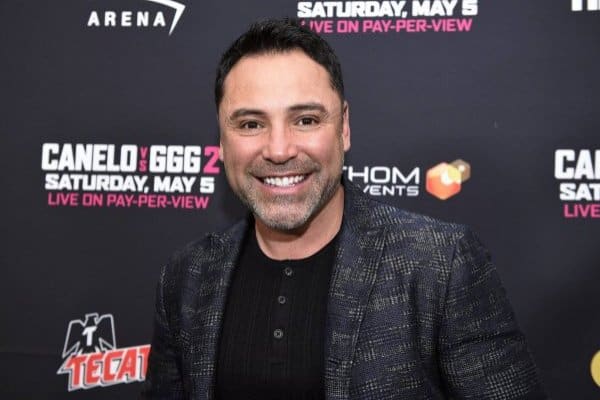 The 2014 Hall of Fame Inductee, who is currently a top promoter under Golden Boy, is 47 years old.

De La Hoya – who boxed successfully during the time when Bill Clinton was president of America to earn the sobriquet “Clinton’s Boy” – last fought in 2008 when he lost to Filipino legend Manny “Pacman” Pacquiao.

De La Hoya is reported to have already started training but lightly.

The Ring Magazine made the revelation about his comeback where De La Hoya is quoted mentioning his former trainer Floyd Mayweather Senior as the man to hone his skills.

Mayweather once trained De La Hoya and they parted ways when Mayweather’s son Floyd was to face De La Hoya in 2007.

De La Hoya – whose net worth is estimated around $200 million (R3.5bn) – says he has been staying in shape.

“I am sure that I can get there but I actually want to see what Mike Tyson does,” he told Ring Magazine.

Tyson has only teased a return into the boxing ring after multiple training videos were released and showed the 54-year-old in extraordinary shape.

The former heavyweight world champion has received multiple offers, including an opportunity to face his tormentor Evander “Real Deal” Holyfield for a third time but this time in an exhibition bout.

But Tyson – who has not fought since 2005 – has yet to commit. De La Hoya said: “I can still beat anybody I step in the ring with.”

A potential all-Mexican battle with Saul “Canelo” Alvarez – the star De La Hoya promotes – would certainly be a blockbuster.

But Alvarez – a four-weight world champion – is arguably the best pound-for-pound fighter in the sport today.