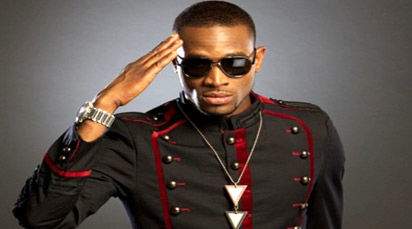 As most women face the devastating effects of domestic violence across the country, some Nigerian celebrities have taken to their social media platform to speak out against the atrocity.
Oladapo Daniel Oyebanjo, popularly called D’banj, on his Twitter handle: @iamdbanj, advised victims not to be in denial or be deceived by such men that hitting them was normal.
D’banj said: “Don’t be deceived. Anyone who is telling you ‘men hit, its normal’ is either in denial or guilty. NO Excuse LEAVE!!!!!! God help us all.
“Love hath no Violence…If he hits you, he is not a man. He is a Beast. RUN! Stay safe!
“Give yourselves all the nomenclature you want. Wrong is wrong. When the head is cut off, the ears go with it. Be Wise. God Bless. I’m D’Banj.”
Peter Okoye of Psquare was not left out of the reaction on violence against women.
Okoye challenged any man that has the intention to beat a woman to start with him (Peter).
He took to his twitter handle: @peterPsquare, to buttress his point: “But seriously some MEN can fall hand. Next time if u want to beat or hit a Woman. Pls try me.”
Peter’s twin brother, Paul, said men also suffered violence, adding that it was better for a partner to leave than stay in a violent relationship.
Paul reacted on his social media handle: @rudeboypsquare: “I know many men that are going through domestic violence, not only women. So guys!! Move on to the next one. Men don’t run, we move.”
NAN reports that the condemnation comes after series of media reports about violence against women involving celebrities like Mercy Aigbe and Tonto Dikeh.
Some female celebrities also alleged to have suffered domestic violence include: Monalisa Chinda, Fathia Balogun and Foluke Daramola.
Others are Muma Gee, Tiwa Savage and Chika Ike.