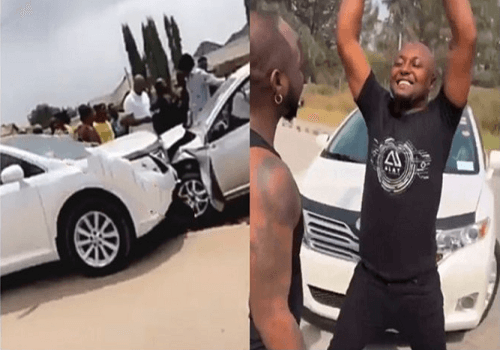 Israel DMW, the Personal Logistics Manager of popular musician, David Adeleke, aka Davido, has reportedly crashed a car he was gifted recently by his boss.

Davido had in January 2022 gifted his Personal Assistant a white Toyota Venza said to be worth well over N5 million.

However, a report and photograph have shown that the car has crashed.

According to The Nation, the vehicle was involved in a head-on collision with another car, which left DMW’s bonnet in an extremely bad state.