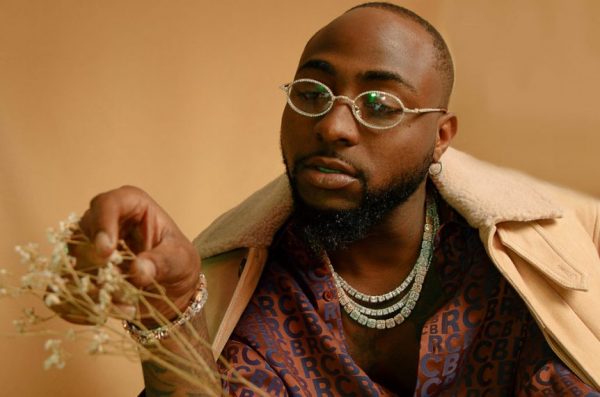 An aspirant in the Osun State governorship race, Dele Adeleke, has cried out that fans of his cousin, singer David Adeleke, popularly known as Davido, threatened him on social media.

Davido had taken to Twitter on Tuesday to call out the politician for contesting against their uncle, Senator Ademola Adeleke, for the Osun State governorship ticket of the Peoples Democratic Party.

This was after a Channels Television interview in which Adeleke was asked to state how he feels about contesting against his uncle.

Stating why he decided to run for office, Adeleke said the “demographics favour a younger, competent, passionate and credible candidate, and that is what Dele Adeleke represents in this race.”

Taking to Twitter, Davido expressed displeasure at his cousin, just as he warned the people of Osun to “beware of fakes”.

He wrote, “Wonderful! I finished university with a 2:1. But it’s now cousin Dele who struggled to even get a 2:2 that is now forming ‘intellectual’.

“Intellectual that has not succeeded in building one single thing in his life on his own. This life! Osun, beware of fakes!(sic)”

Not done with his cousin, in another post, Davido slammed the politician for writing about his (Davido’s) mother in an article.

“Because of your ambition, you have your people write about me (which I don’t care about) but to include the death of my mother in an article; the same woman that raised you. Ok Dele, God will reward you,” he tweeted.

Declaring his respect for Davido’s decision to support their uncle, the governorship aspirant said it was possible for each one to make their political choices without rancour and bitterness.

He wrote, “Dear David, For whatever this is worth to you, please note that I lost my mother at a tender age like you and would never allow anyone to denigrate her nor her memory.

“I will NEVER write nor say anything against my Auntie Vero, who I cherish dearly.

“You are the king of social media and you definitely know people take it upon themselves to write whatever they believe will give them clout.

“So many of your fans came to my SM handles to threaten me and some even asked me to go and die. Did you send them to threaten my life? I seriously doubt it and I do not believe you will do such a thing.

“So, irrespective of politics, please note that I am not that kind of person; I have maintained decorum in the face of provocation and I will continue to do so.

“I respect your decision and choice to support Uncle Demola and that is the beauty of democracy.

“It is possible we can all make our individual choices without rancour and bitterness. We can all follow different paths and still live as one big, happy family.

“The people of Osun, greatly deserving the best, will give the job to who they so deem fit and may the #Best man win #OSUN2022

“You will always remain dear to me.”

He added that he decided to reach his cousin via Twitter when the message he sent to the singer on Whatsapp failed to deliver.