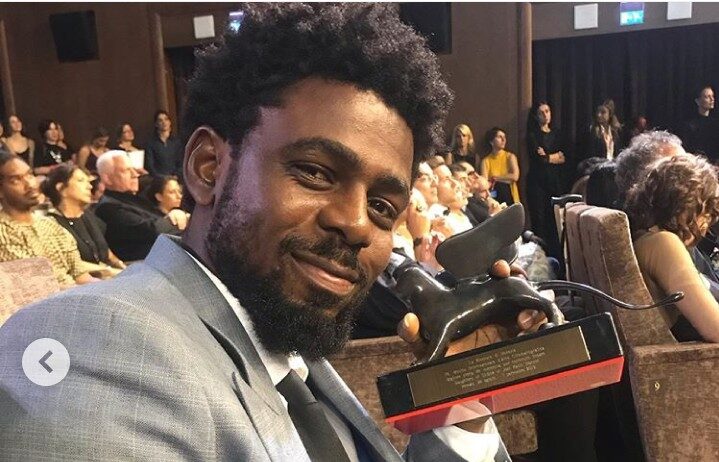 Kachi Benson’s film, Daughters of Chibok, has won best virtual reality story at the 76th Venice International Film Festival.
The News Agency of Nigeria reports that the film is a story of the April 2014 abduction of 276 female students from Government Secondary School, Chibok in Borno State, Nigeria.
Following government negotiations with the terrorists, 107 of them were eventually released.
But 112 remain missing.
The Virtual Reality documentary, which also had its premiere at the festival, tells the story of Yana Galang, whose daughter was among the kidnapped girls.
Daughters of Chibok represented Nigeria and Africa, alongside 12 other Virtual Reality films selected from around the world.
The film’s Director, Joel Kachi Benson, in his acceptance speech, said: “With this VR film, all I wanted to do was to take the world to the women of Chibok.
“Who five years after their daughters had been kidnapped, are still living with the incredible pain of their absence.
“I felt it was wrong for us to forget or even doubt and move on.”
Benson, who runs a virtual reality film studios, VR360, in Lagos, also shared more thoughts on the award on his instagram page @kachibenson.
He wrote: “I still can’t believe this. It’s like a dream….our VR film #daughtersofchibok won a Lion Award in the VR category of the Venice biennale!!!!! Somebody tell me it’s a dream!!!!”
In 2018, Benson made his first Virtual Reality film, In Bakassi, a short film that captures the plight of children living with PTSD in Internally Displaced Persons Camps in the North East region.