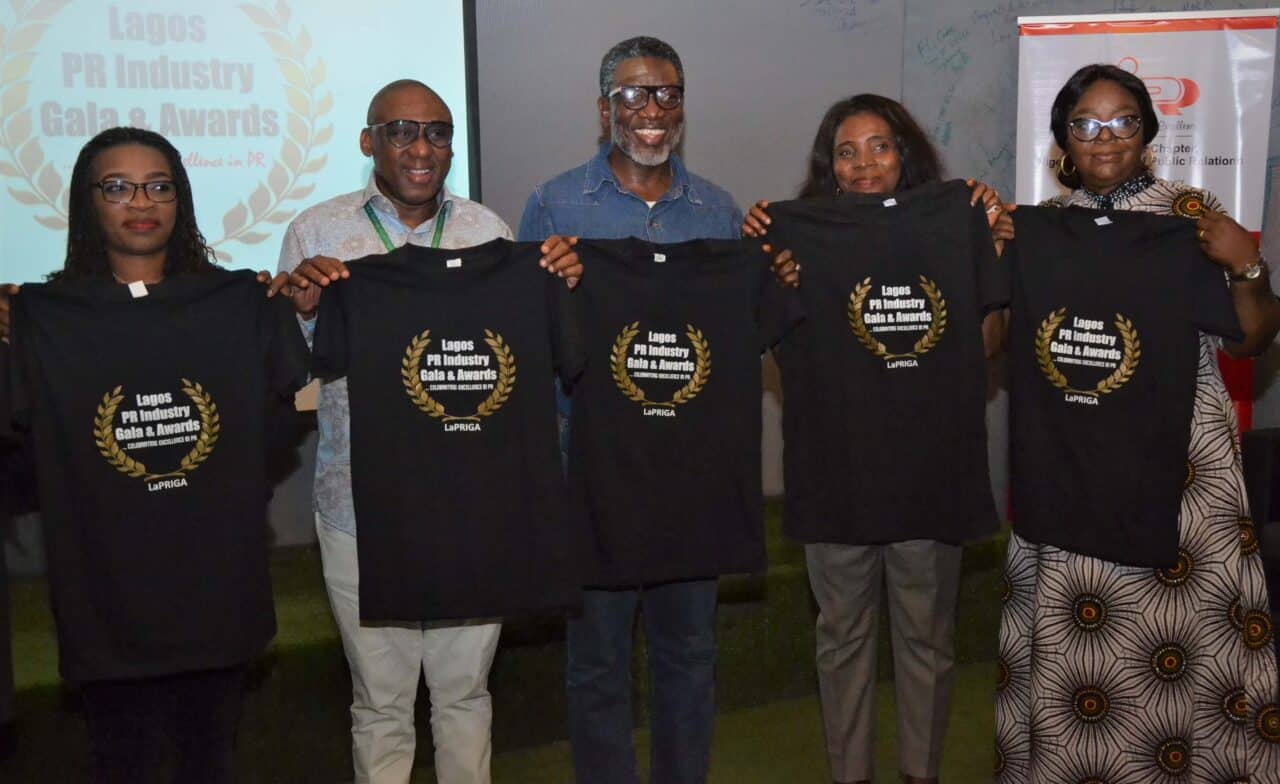 The Lagos State Chapter, the leading and most populated branch of the Nigerian Institute of Public Relations, accounting for nearly 60 per cent of the communications practitioners in the country, has announced that the 2019 edition of the Lagos PR Industry Gala and Awards, themed: “PROVATION,” will hold at the Grand Ballroom of the Civic Centre, Lagos on December 19, 2019 by 5pm.
The event, popularly known as the LaPRIGA, is the high-profile red bow-tie event aimed at recognising excellence and celebrating communications practitioners and stakeholders via awards dinner to boost professionalism and more investment in the practice.
The LaPRIGA has evolved to become communications industry Oscars.
Honourees are carefully chosen by a Selection Panel made up of individuals with impeccable character, requite academic qualification, professional accomplishments and long-time leadership roles.
Speaking at the press briefing held at the CMC Connect to herald the event, the Chairman of the Lagos NIPR, Segun McMedal, said: “LaPRIGA is adding new colours, new dimensions and new values to the industry by recognizing best accomplishments in reputation management, relationship management and support for marketing functions. Over twenty honourees drawn from public relations consultancies and the media will cart away the prestigious shield in different categories. And this year, we are upping the scale to recognize best communications practices in the organized private sector and public affairs.
“The Chapter is also planning to use the joyous occasion for the installation of the Governor of Lagos State, Mr. Babajide Sanwo-Olu, as the Patron of the Lagos State Chapter is in line with the Bye-Law No. 2 of 1992 on the Creation and Administration guiding the establishment and functioning of State Chapters of NIPR in all the 36 States of the Federation including the Federal Capital Territory.”
There will also be a drama skit to amplify the Chapter’s CSR project, tagged: “AutiConnect,” aimed at increasing awareness, acceptance, respect and support for people living with Autism Spectrum Disorders.
About 400 leading communications professionals in consultancies, government, corporate and not-for-profit organisations, captains of industry, including media personalities, academia and C-Suite executives from across different sectors and industries, are expected to attend.