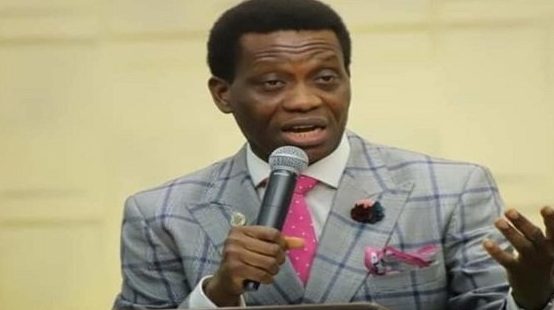 Pastor Dare Adeboye lived a life filled with zeal, speed, and emphasized what was important and needed to be done at the right time according to Vice President Yemi Osinbajo, SAN.

Prof Osinbajo stated this in a tribute to the pastor and son of the General Overseer of the Redeemed Christian Church of God, Pastor E.A  Adeboye who passed on last week

The Vice President’s tribute was read at a service of songs that was held Monday afternoon at the Redemption Camp by Pastor Bisi Akande, Pastor in Charge of Lagos Region 35, although the VP was in attendance at the event alongside his wife, Her Excellency, Pastor Dolapo Osinbajo.

Describing the attributes of Pastor Dare, the Vice President stated that “he knew what was important to do and to emphasize and he worked very hard, everywhere, with the zeal and speed of one who knew that we don’t have all day.”

“He understood the dynamics and urgency of reaching young people with the gospel, especially because of their fundamental role in the sustainable growth of the church of God.”

According to the Vice President, Pastor Dare was in many ways, a representative of the future of Christian Ministry, “a new generation birthed in a period of great turbulence in ideas and doctrines, a surfeit of distractions, but committed to ensuring that the unvarnished gospel is preached to that generation.”

He further went on to say that despite the late pastor’s position of privilege, “he was deeply and unpretentiously respectful, not just of elders and those in authority, but of everyone, even his subordinates.”

Speaking on his personality, Prof Osinbajo noted that “everyone has a story to tell of Dare’s warmth, compassion, friendliness and his open displays of affection for others.”

The Vice President once again offered his condolences to Pastor Dare’s wife, Temiloluwa; his children, Oluwatishe, Ireoluwa and Araoluwa; Daddy and Mummy G.O, his siblings, family members, and the entire RCCG family.

At the event were the former Governors of Ogun State, Otunba Gbenga Daniel; of Ondo State  Segun Mimiko; the wife of former Imo State Governor,  Nneoma Nkechi Okorocha and the President of the Pentecostal Fellowship of Nigeria, PFN, Bishop Wale Oke, and several other dignitaries.