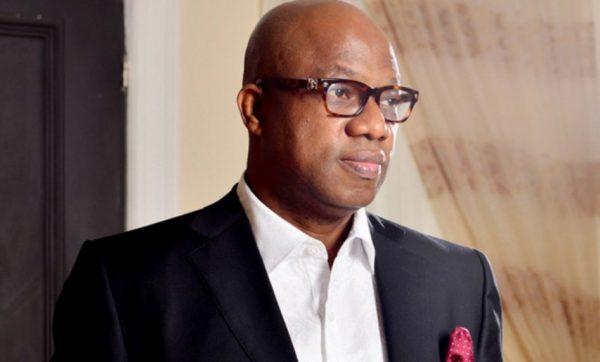 Assessing the phenomenal strides being recorded by the Executive Governor of Ogun state, Prince Dapo Abiodun, one cannot but be tempted to reflect on the immortal words of Arthur Ernest Morgan, one time US administrator and civil engineer who lived between 1878-1975. Morgan, in one of his famous statements said; ‘’He is the best leader who most understands the nature of things, so that his plans are not doomed to ultimate failure; who possesses an active, far-ranging imagination which can see many possibilities; who has a sense of values, so that among possibilities he is able to choose the most excellent; who has a sense of order, to give form, design and program to the values and purposes he selects; who has practical sense and judgement, and so uses the most feasible means to accomplish his ends; and who has the energy and enthusiasm to carry his plans persistently towards fruition.’’

Assuming office May 2019 amidst bitter and competitive politics in the Gateway state, Price Dapo Abiodun had perhaps acquainted himself very well with the famous quote of Arthur E. Morgan in positioning his own brand personae strategically in the minds of the citizens of the state. As at the time of taking over the reigns of governance from then out-going chief executive of the state, Senator Ibikunle Amosun, Ogun state was undoubtedly one of the hot-beds of bitter politicking in the South-West. Not only was politics played in acrimonious manner, there were high incidences of political killings, assassinations and general insecurity of lives and properties.

The political atmosphere in the state prior to Dapo Abiodun’s assumption of office was polluted by violent politicking of unimaginable proportions amongst different political parties in the state and the gladiators as well. Even within the ruling All Progressive Congress Party (APC), politics of acrimony and undue vendetta held sway. It was in the midst of all of these that he contested and emerged winner despite stiff opposition from his predecessor.

Wisely playing the “underdog”, he kept his cool, selling his vision and mission to the citizens of the state across party-lines. It is no wonder then that he was able to quickly attract hitherto strong opposition political leaders in the state into APC.

Today the political situation in the state has greatly improved and sanity restored while peaceful co-existence amongst the citizens and residents of the state has become the order of the day.

Having being able to restore peace, law and order in the state, Abiodun has de-emphasized politics of hate and bitterness and instead embarked on inclusive governance, catering for all, consulting all stakeholders and running a government that has eyes and ears for the people.

Today, a quiet industrial, infrastructural and agro-allied revolution is sweeping through the state without noise or celebratory advert placements in the newspapers. For Dapo Abiodun, the achievements should speak for themselves. Call him a silent achiever; you won’t be off the point as this appears to be a positioning strategy that the Iperu-born Prince has adopted. His leadership style, as encapsulated in the earlier quote of Morgan is unmistakable. He has since emergence as the Chief executive Governor of the state provided focused and qualitative governance while creating enabling environment for public/private sector partnership. Considering the gate way status of the state, the corporate icon turned politician has radically and rapidly transformed the state from being just an industrial hub but an Industrial Capital of Nigeria trailing Lagos State very closely on its ever-rising brand equity. Earlier, some corporations had resolved to establish operations in the Lekki area of Lagos State, the coming of Dapo Abiodun changed the equation. This he has done by forging a very close working relationship with operators in the private sector.

His government has since embarked upon huge infrastructural renewal of the state such that President Muhammadu Buhari in his visit to the State commissioned five projects. The President who was received by top dignitaries, political leaders in the South-West and top traditional rulers said ‘’Governor Abiodun has been able to deliver visionary and trail-blazing projects even in the midst of prevailing and challenging circumstances occasioned by the Covid-19 pandemic.

Describing Abiodun as ‘’the performing governor of Nigeria’s Gateway State’’, the President said ‘’he was a worthy example of promises made, promises kept. This the President observed ‘’has made Ogun State one of the safest and most peaceful states in the country and investors’ destination of choice’’. In his words, President Buhari said ‘’ you have justified the mandate of the people of Ogun State. You have represented our party very well. Your Excellency, Well done! I am proud of what you have done for your state and your people. You have made our great party, the APC, proud too. Indeed, President Buhari’s testimonial and verdict truly confirms the leadership style of the governor who has impacted virtually on all sectors. Infrastructure renewal takes center-stage with massive roads construction, across the states. It is worthy to note that even the Fourth Estate of the Realm has become one of the beneficiaries of Prince Dapo Abiodun with the near completion of the 2.5km Journalists Estate Road, Arepo. It will be recalled that this road was initially awarded nine years ago by the former Governor, Senator Ibikunle Amosun, but was outrightly abandoned. However, fortune smiled on journalists living in the estate and the entire Arepo Community when Abiodun came into the saddle and re-awarded the road with a firm commitment to deliver the road within nine months. As a resident of the foremost estate, I can confirm that Journalists Estate Road, Arepo is nearing completion. For Dapo Abiodun, it is real Ogun standard with high quality in mind on all roads and projects. To assure of his administration’s committed assistance to media practitioners in the faithful discharge of their duties, Dapo Abiodun inaugurated Olusegun Osoba Press Centre in 2021, in the state. During the launch, the governor said that the Press Centre was named after the former governor of the state as a demonstration of the commitment of the incumbent government to press freedom and in appreciation of the cordial relationship his administration enjoys with the media.

Not only that the administration has prioritized health, education, rural electrification and agriculture. Due to his administration’s love for education it decided to begin to intervene right from the basic education level. Public schools in the state have witnessed massive rehabilitation as over a thousand schools have been done. His government has probably employed more teachers in the last 30 months than had been employed in the state in the last 12 to 15 years.

The same rule of total, all-round development also applies to the health sector in terms of providing health infrastructure. There have been massive rehabilitation and construction of primary healthcare centers across the length and breadth of the state.

Recently, Dapo Abiodun went on an investment drive to Egypt and Ethiopia. Any wonder why the Nigerian Investment Promotion Commission rated the state as the largest in terms of attracting investments in the country. According to the report, Ogun received 30 percent of the announcement with a prospective $500 million investment. And the governor has continually restated his administration’s commitment to boosting the industrial development and revenue base by trading and doing businesses with other countries in the continent. Prior to the Egypt and Ethiopia trip, Abiodun had gone to Europe, South Africa and North America to invite investors to come to Ogun State.

His government is also discussing some key investment opportunities available in the areas of creative arts, entertainment and sports development. Already, a Dutch firm, Danone Company, signed a partnership agreement with the state to establish its flagship dairy farm at the Odeda Farm Institute in the Odeda Local Government Area. The partnership, an alliance with the state, is to introduce global standards in dairy farming, empower local communities and reduce unemployment rates. The state is going into ranching and the cumulative effect of that on its food security agenda is expected to be huge.

On Internally Generated Revenue (IGR), the state remains optimistic about meeting and even surpassing its N100bn IGR for 2022 because of the numerous innovative ideas already put in place.

Dapo Abiodun’s administration has embarked on a lot of fiscal, economic and financial management reforms in the areas of fiscal responsibility, debt management, procurement, treasury management, investment promotion and ease of doing business, amongst others. Some of these several economic transformation initiatives have been implemented to deepen and broaden the revenue base of the state.

Today, Governor Dapo Abiodun conveniently and comfortably possesses the APC political structure while internal opposition remains in peace and in a complete fix.

Ajayi is a Lagos based Journalist and Public Affairs Commentator. 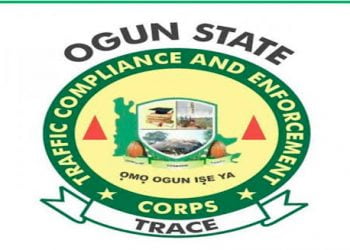