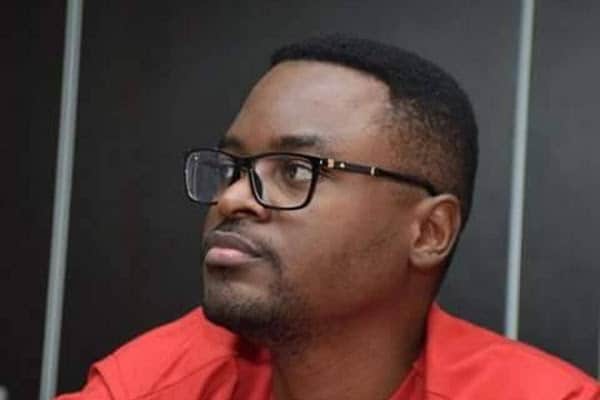 We love scandals. By “we” I mean both the dramatis personae in a scandal and the spectators sitting in judgment. Why would a superior at a workplace get entangled in a sexual congress with a subordinate if not driven by depravity and adrenaline rush from eating a forbidden fruit? It is predatory for anyone in authority or in a higher position to get in the hay with a subordinate. It is classical animal predation.

I once worked in a financial institution. I regard that experience as an “incident of the past” I do not want to relish. It is suspended in the past. Let’s just say I witnessed the transactional potential and perils of sex in the workplace.

I have also worked in places where the MD serially exercised his manhood on female staff without care that his sexual exploits and libido are stuff of office gossip. I have seen things.

When the sordid details of an alleged affair between Adam Nuru, Managing Director of First City Monument Bank, and Moyo Thomas, a former member of his staff, rippled on social media, I sighed to myself: “Another one.” Nuru was alleged to have sired two children with Moyo while she worked at the bank. Moyo’s husband, Tunde Thomas, reportedly died of trauma after he discovered the children did not come from his loins. There is another version of the tale which says Moyo revealed to Tunde that the kids were not his after she moved to the US and that the deceased had strayed into the arms of another woman before his death.

The “facts” we have at the moment are mere conjectures and social media tittle-tattle. The characters in this alleged star-crossed affair have not given their own side of the story. “We all need to hear both sides of the story,” the song by Phil Collins, is my buffer. So, it is safe not to apportion blame or sit in judgment on this matter – not until all sides have their say.

FCMB says it is investigating the alleged affair and Nuru has been put on leave. This is a quick-witted response to an issue that could cause the bank loss of goodwill. Already, there is an avalanche of memes hitting at the moral fabric of the bank. Really, there is nothing more that chips away at brand perception than sexual scandals. In the eye of the public, any bank caught in the undertow of a sexual scandal is a whorehouse.

These office “sexcapades” are rife. They have become an abnormal normality in our work culture. We do not need to pretend about it; rather we should take back our workplaces from red-light avenues. The office is not a place for sexual relationships. Office romance complicates work relationship. It damages cohesion and trust. It creates room for animosity and vicious gossip. A situation where a superior is sexually involved with a subordinate fouls the sanctity of the workplace.

Also, considering that most people spend more time in their workplaces with colleagues than with their spouses and families, it is the more reason there should be strict enforcement of moral codes. Really, there is a tendency for the so-called “office husband-office wife” relationship to snowball into a passionate and deadly affair that can cost a business gravely. Families and lives should not be destroyed in the corner office.

The workplace is a temple that should not be defied with sexual impurity. It is a workplace, not a red-light district.

On Aliko Dangote, a video of him in his mortal moments poppled on social media a few days ago – with some alleged consorts fighting over a right to his access. Well, Dangote being a billionaire does not make him a moralist or puritan. He is not a preacher or an Imam, and he never made pretensions of being celibate. Most importantly, he is not married.  As they say, he is single and free to mingle. But I cannot get that image off my head though.

. Fredrick Nwabufo, a writer and journalist, can be reached via Twitter: @FredrickNwabufo.