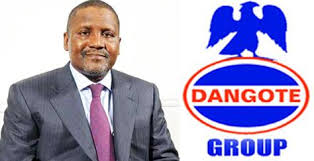 The Chairman/Chief Executive Officer, Dangote Group of Companies, Alhaji Aliko Dangote, said on Thursday that the proposed sugar factory in Kaugama, Jigawa State would provide 23,200 jobs in the state.
Dangote said this while signing a Memorandum of Understanding with the Jigawa State Government in Dutse.
He said that 10,000 workers would be recruited to work at sugarcane farm, while 5,200 people would be recruited as factory workers.
He said that 8,000 people would be engaged as casual staff during farming seasons.
According to him, the group will generate 60 megawatts of electricity to supply power to the company and other parts of the state.
The chairman also said that the company would also establish hospital, primary and secondary schools for the staff and host community.
Dangote said when the factory was established, it would attract small and medium enterprises to the state.
He said he was ready to empower people in the northern part of the country through agriculture, to fight poverty.
The chairman said his company would compensate farmers, whose land had been earmarked for the company.
Dangote urged the state government to provide land for the company to establish rice processing mill in the state.
In his remarks, the state Governor, Alhaji Sule Lamido, thanked the Dangote Group for investing in the state and expressed optimism that the people of the state would benefit from the investment.
About 20,000 hectares had been acquired by the company for sugarcane production.