Dangote, Otedola, others meet Theresa May in Lagos 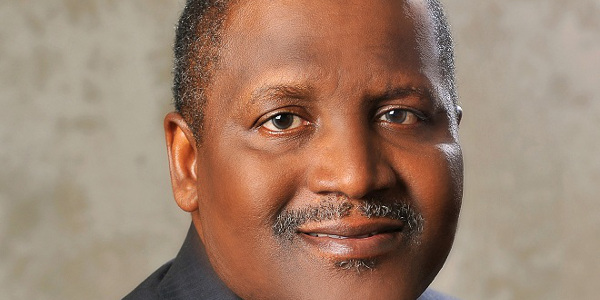 British Prime Minister, Theresa May, has arrived at FMDQ Security Exchange building, Victoria Island, Lagos, for a meeting with the Nigerian business community.
The prime minister, accompanied by members of her trade delegation, arrived the venue at 6.30 p.m. on Wednesday.
Alhaji Aliko Dangote, Femi Otedola and Tony Elumelu, among others, had earlier assembled at the venue.
The meeting, expected to last for 40 minutes, would  provide an opportunity for forging more bilateral relations between Nigeria and the United Kingdom.
May had earlier on Wednesday afternoon arrived the Murtala Muhammed Airport, Ikeja, in Lagos after meeting President Muhammadu Buhari in Abuja.
She is billed to spend time with victims of modern slavery during her brief stay in the nation’s commercial hub.
The prime minister’s visit to Lagos comes barely eight weeks after the French President, Emmanuel Macron, visited the African Shrine in Ikeja, Lagos.
Governor Akinwunmi Ambode of Lagos State, accompanied by his deputy, among other state officials, received the prime minister at the airport.
After the reception, May drove out of the airport to attend to her engagements in the state.
After May’s meeting with President Muhammadu Buhari in Abuja, Nigeria and Britain signed agreements on Defence and Security partnership, among others.
May’s visit to Nigeria is part of her tour of three African countries.