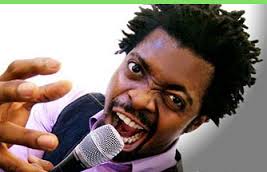 The organizers of the Nollywood Movies Awards have announced the duo of Dakore Egbuson-Akande and ace comedian, Basket Mouth, as the hostess and host of this year’s edition.
The award debuted in 2012 when it was held on June 2, 2012 at the Civic Centre, Victoria Island, Lagos State.
The event had the presence of movie stars including Omotola Jalade-Ekehinde, Uche Jombo, Stella Damasus, Kate Henshaw, Emeka Okafor, amongst many others.
This year’s edition will hold at the Intercontinental Hotel, Victoria Island, Lagos State on October 12.
This will be preceded by a nominees’ unveiling party to be held on September 7 at the African Bar of Oriental Hotel, Lekki, Lagos State.
This would be the second time the duo of Egbuson and Basket Mouth will be anchoring a major event together. The first time was the 2008 edition of the famous Hip-hop World Awards.