Dabiri-Erewa hailed over discussion with Canada, FG carpeted for migration of Nigerians 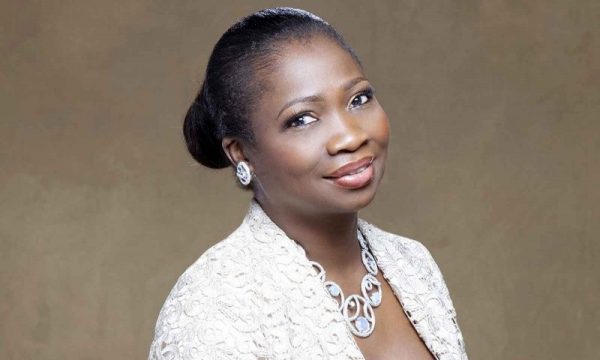 The Chairperson of the Nigerians in Diaspora Commission, Abike Dabiri-Erewa, has been hailed for opening discussions with Canada over Nigerians migrating to and already in the country.

This followed a meeting Dabiti-Erewa had with the Canadian Ambassador to Nigeria, James Christoff, on Friday.

The meeting, which was revealed by the former House of Representatives member via her Twitter handle, centred on deepening engagement with the Canadian growing diaspora community.

She tweeted: “Pleasure to receive HE, Canadian Amb to Nigeria, @Jamie_Christoff.

“We had very useful discussions on deepening engagement with our large, growing and dynamic diaspora community.”

The announcement generated applause from some of her followers on Twitter, who used the opportunity to highlight her tenacity and ability to do her job effectively.

A follower, DRealTalkTalk, tweeted: “When others are thinking tenure is elapsing and relaxing on their jobs… That’s when Mama is putting in extra work in making sure Nigeria gets her quality ratings up there… May ur strenght of quality resourceful engagements never diminish ma.”

Another Twitter user, tobs5050, tweeted: “Very good engagement Ma, please I will love to part of collaborations like this.”

However, there were those who blamed the Nigerian Government for the huge movement of Nigerians out of the country.

They believe that if the country had been in good shape, many Nigerians would not have considered migrating.

Dabiri-Erewa was appointed the Chairman/CEO of the NiDCOM in May 2019.

Her appointment was confirmed by the Senate unhindered following her contributions to diaspora issues in the House of Representatives, where she was a three-term member.

The former broadcaster with years of experience, including those spent at the Nigerian Television authority, where she worked for about 15 years, was first appointed by President Muhammadu Buhari as Senior Special Adviser to the President on Foreign Affairs and Diaspora.

The Co-anchor of Newsline on NTA, who retired to contest for the Ikorodu Federal Constituency seat of Lagos State, winning with a substantial majority in 2003, was in the House of Representatives until 2015.

As a Reps member, she was Chairman of the House Committee on Diaspora Affairs and sponsored the bill seeking the establishment of the Nigerian Diaspora Commission.