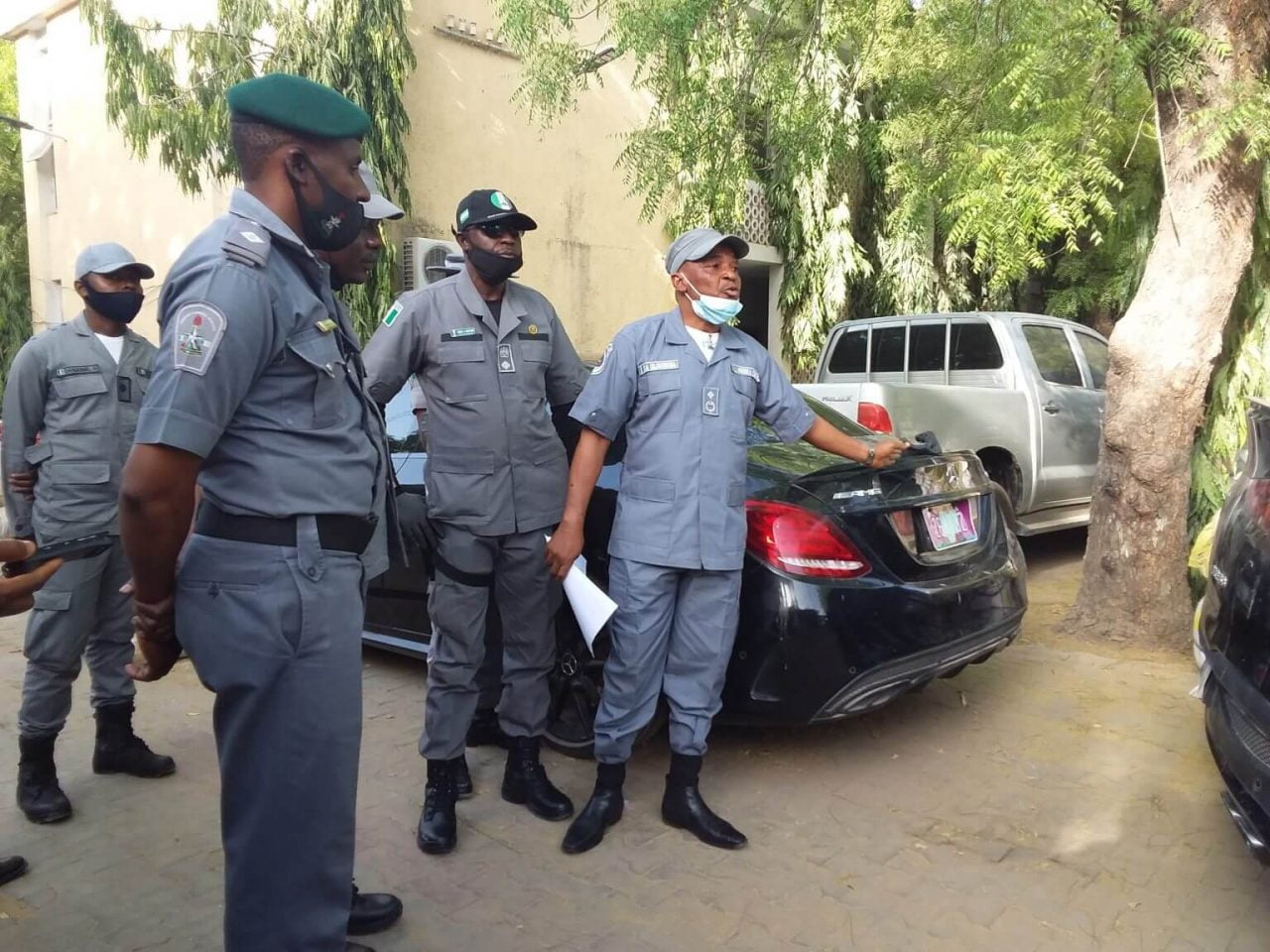 The Nigeria Customs Service Strike Force Zone B says it has seized contraband with a Duty Paid Value of N786.91 million in the past three months.

Oseni Olorukooba, the Coordinator, Comptroller-General of Customs Strike Force Zone B, stated this while displaying the seized items on Friday in Kano.

Olorukooba said the Strike Forced seized assorted contraband and other smuggled goods in Kano and Jigawa States between January and March 2021.

He said the seizures were made through intelligence gathering at different times and locations in its areas of operation under the Anti-Smuggling Activities.

He listed the items to include two Mercedes Benz cars with a DPV of N83.57 million, noting that the vehicles were seized on Kano-Hadejia Road with Diplomatic Corps registration number plates.

Olorukooba said: “Some of the goods were conveyed in vehicles concealed in sacks to perpetrate the dastardly acts.

“The Strike Force has intercepted various items within the long stretched borders of the Northern states.

“We are active even in the North East in spite of the insecurity and military activities.

“We shall continue to sharpen our intelligence and enforcement to fight smuggling to ensure success in the battle against economic saboteurs.”

While commending the personnel for their dedication to duty, Olorukooba warned smugglers to shun the acts and engage in legitimate businesses.