This was stated in a statement issued to The Eagle Online on Wednesday and signed by the spokesperson, Ifeoma Onuigbo Ojekwu, where the Customs Area Controller, Comptroller Aliyu Galadima Saidu, remarked that the customs have been able to build a formidable security network with other security agencies and he also indicated that there was increase in revenue allocation within the agency.
It stated: “The Command generated a total of Ninety–Four Billion, Forty-Four Million, Six Hundred and Seventy-Six Thousand, Four Hundred and Twenty-Eight Naira and one kobo (N94,044,676,428.01) in 2018 which is about 80% of allotted Annual Target of ₦117.8 Billion. A comparative review of the preceding year shows that the Command realized Three Hundred and Seventy-Three Million, Two Hundred and Twenty-Six Thousand, Nine Hundred and Ninety Naira, and Seventy-Four Kobo (₦373,226,990.74) more than it did in 2017 bringing it to about 0.35% increase in the Revenue Collection.”
Saidu further stated that the process of gathering information involves “intelligence base risk profiling of our system” done with “100% physical examination of cargo at the various Terminals and Sheds;” and an effective collaboration of stakeholders as well as other security and government agencies like NAFDAC, SON, Immigration, Police and others.
The command also stated that it made important seizures stressing that it will not rest on its oars until Nigerian ports are free from those who import contrabands into the country.
It stated: “It was on the basis of the foregoing that the Command recorded sixty-one (61) remarkable seizures of various items such as 9 x 40 ft containers of Tramadol, Hyergra, Diclofenac and Analgesic Tablets of different types; 64 of 20 containers of foreign parboiled rice and other items such as military uniforms, boots and caps with a total Duty Paid Value of one billion, six hundred and seventeen thousand, one Hundred and fifty-three thousand, seven hundred and fifty-three Naira (₦1,617,153,753.00).
“A comparative review of the seizure profile of 2017 revealed that the year 2018 surpassed with 37 seizures and DPV of ₦1,147,142,275 bringing to about 60.7% increase in seizures and 70.9% increase in DPV as regards to general enforcement. More so, we seized one hundred and twenty-six (126) containers which is 81% increase of the twenty-four (24) containers confiscated in the preceding year 2017.
“All these seizures followed various infractions such as false declaration, concealment, wrong classification, import without end user certificate and complete disregards of import and export guidelines with intent to smuggle in illicit goods.
“It should be well noted that smuggling pose a high threat to both the national economy and security and that is why those who engage in it are considered as economic saboteurs. They are the destroyers of the country’s economy, because they want to evade payment of import duty and import items that are security threat to the nation.”
The command regretted that despite the negative impact of smuggling on the economy, many still find it enjoyable due to personal gains.
It also vowed that it will continue to try to do better so that this year’s proceeds will be better than the previous year buttressing that its achievements is based on the support  of the head of customs and his management team.
It added: “Again, the Command recorded a high level of compliance on export declarations. A total of 136,973,413.92 metric tonnes of exported goods with a total Free On Board value of $1,126,516,635.9 which is equivalent to ₦409,083,251,160.73 (@ #363.14 per dollar) was realized.
The Command has started the year 2019 on a promising note. It is heart-warming to note that during the first quarter, the Command has been able to generate the sum of ₦25,561,932,417.78 when compare to ₦18,857,668,490.00 generated in the first quarter of 2018, accrued to 26.2 percent increase. We recorded seizures of nine (9) containers comprising 57,300 pieces of machetes without end-user certificates; 2,000 Jerry Cans of 25 litres of vegetable oil; 6,456 cartons of foreign soap; 535 bales and 142 cartons of wears; and 69 bags of foreign rice with a total Duty Paid Value of ₦106,889,670.00.”
Comptroller Aliyu Galadima Saidu further appreciated the support and cooperation of the media and he assured that the ease of doing business in the ports initiated by the presidency will be followed strictly but smuggling will not be allowed. 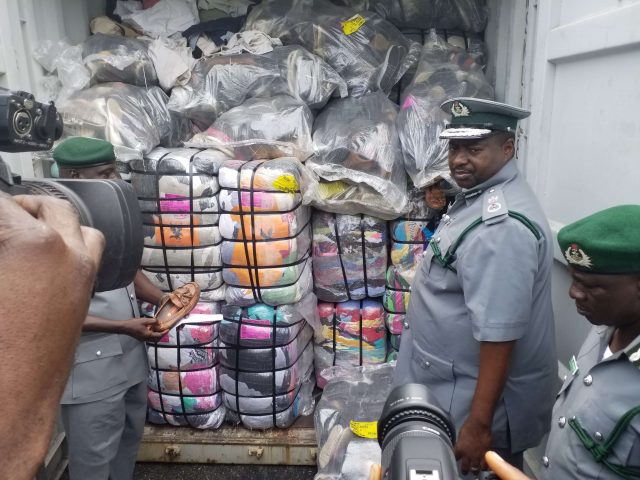 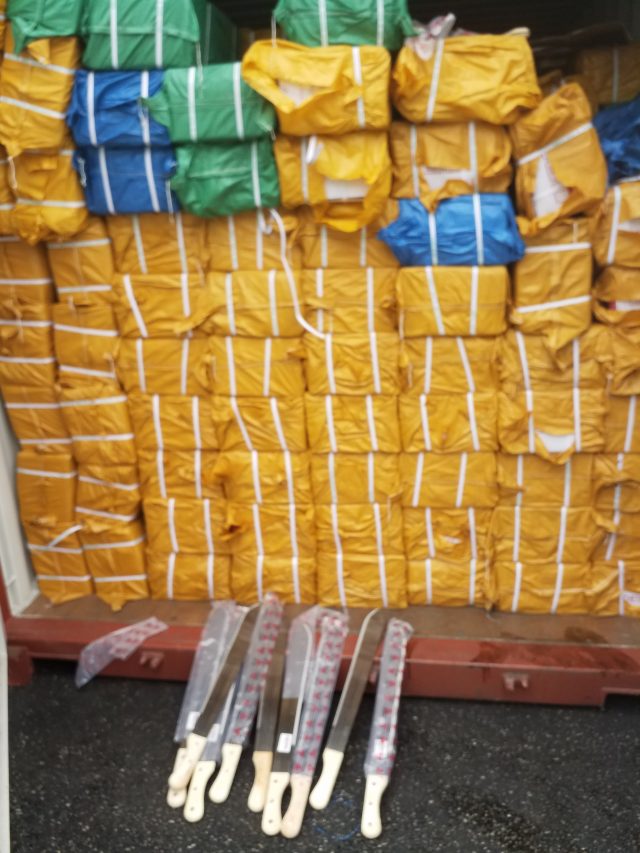 House of Reps to NDDC IMC: Blackmail won’t stop us from probing you