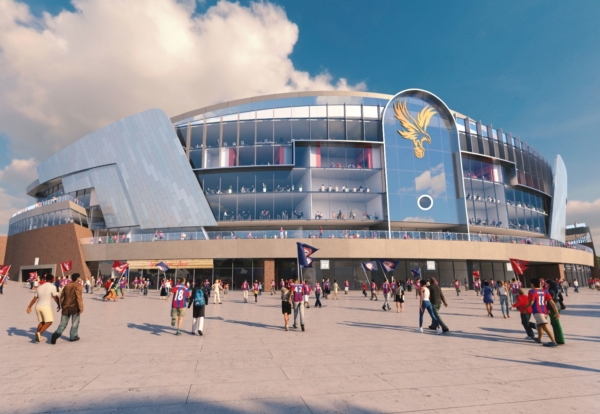 Crystal Palace will consider renaming Selhurst Park to help fund the redevelopment of their stadium, the English Premier League club’s chairman Steve Parish said on Wednesday.
Palace announced plans in December for a new five-storey main stand at their home of 93 years, to increase the stadium capacity from 26,000 to more than 34,000.
Should they be granted permission from Croydon Council next month, work could begin within a year.
Parish is hopeful fans will understand if the club sold the naming rights of the stadium to finance the project, which could cost up to 100 million pounds ($139.48 million).
Parish said: “If it was the right number and something that helped us build it (the new main stand) better or faster than it is something we will look at.
“Selhurst Park is a nice name… probably I will not personally mind as much because my goal is improving the club. My primary focus is to make the club better.
“But all of these things have to be weighed up. We are not going to give them up easily. I think people will understand if it is the right answer for the club and if it is a good association. That matters.”
The project is being designed by architects KSS, who have redeveloped sporting venues including Twickenham and Wimbledon.
Improved facilities also include a bigger pitch, increased to 105 metres by 68 metres, making the venue compliant with UEFA regulations and eligible to host European events.
Currently, Palace are 18th in the league on 27 points from 30 games.
Earlier this month, Parish said he had begun planning for the club’s potential relegation to the Championship (second tier).