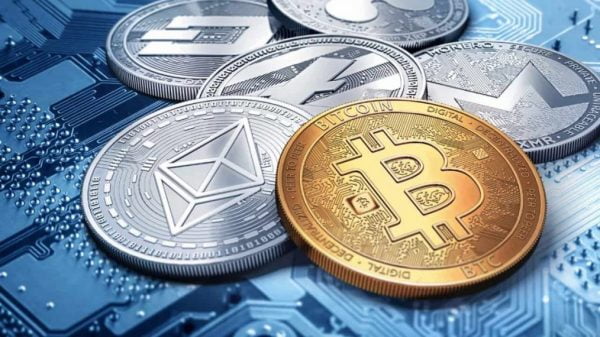 Nigeria’s reserve bank, Central Bank of Nigeria, has at last taken a decisive position on the 11-year-old digital currency now a subject of dispute around the world. Cryptocurrency is a form of digital currency (money) which operates independent of third-party oversight or regulation. This insulates it from regulation by banks or governments. It has no value, it’s not a legal tender by its nature, like the naira or dollar. It’s dodgy and does not lend itself to regulation. Put simply, it renders traditional banks including central banks (regulators) useless. And it’s difficult to tax.

Yet, it’s robust enough as to allow two people anywhere in the world to exchange value across the internet at the tap of buttons. And herein is the danger. Because of its shadowy and virtual nature coupled with its unobtrusiveness, being able to cut off third party control and regulation, it has become a handy tool in the hands of terrorists, their promoters and those merchandising from the deadly and capital-intensive terror ring.

Many analysts and studies have tagged Cryptocurrency and its adjuncts as “fuel for terror”, “stimulus for terror” and “steroid for terror”. It’s for this dark side of the digital currency trade that some jurisdictions, having experienced its threat to their internal security, have had to take actions wholly outlawing it or enacting measures to put its market under watch. Russia, China, Algeria, Ecuador, Bangladesh, Algeria and lately India are among the nations that have either banned Cryptocurrency or legislating to outlaw it. Many others are working round the opaque and blurry digital currency market to find ways to exert control on it.

Recall that last June, Bitcoin was featured in a hack of prominent Twitter accounts. Purporting to be former President Obama, Bill Gates and Kanye West, hackers persuaded Twitter followers to send $1,000 in bitcoin, promising $2,000 in return. They drew more than $100,000 before the scam was shut down.

Progenitors of cryptocurrency did not create it to fuel crime and terror but it has, like most technologies, been subject of abuse and a handy weapon at the disposal of crooks.

There have been very strong cases against legitimising cryptocurrency. Aside giving boom to terror, it has been established as yet another catalyst for both illicit drug trade and online scam. In recent years, a new generation of crypto-scammers have emerged on the wings of digital currency taking advantage of its obscure and ghostly nature. This explains the global caveat and institutional caution issued on cryptocurrency.

Nigeria wears a notorious badge on matters of terror and cybercrime. In the 2020 Global Terrorism Index, Nigeria ranks third, only after Afghanistan and Iraq. Syria, Somalia, Yemen and India even have a cleaner record on terror than Nigeria. This is the context in which CBN’s action should be viewed as both patriotic and humanitarian.

By ordering all banks to close accounts of anyone who transacts in cryptocurrency, the CBN was being proactive to stave off further deepening of the spoofy cryptocurrency trade. The order contained in a circular to banks and other financial institutions, and signed by the Director of Banking Supervision, Bello Hassan, was with immediate effect. It simply prohibits dealing in cryptocurrency or facilitating payments for cryptocurrency exchanges.

The statement reads inter alia: “Further to earlier regulatory directions on the subject, the bank hereby wishes to remind regulated institutions that dealing in cryptocurrencies or facilitating payments for cryptocurrency exchanges is prohibited.

Since the CBN announcement, many Nigerians have voiced their sentiment for and against the policy. Some argue that CBN, by its action, is dragging the nation backward. Some say the apex bank is constricting the economic space and denying the youths a new mode of employment and wealth creation. Yet, nobody considers the threat of cryptocurrency to our internal security. We must first have relatively bearable security situation before we can talk about economy and national development. We can no longer pretend about the insufferable state of insecurity in Nigeria. Terrorists in diverse guises have taken over. Strangely, they are no longer confined to the north east. They are everywhere, from south west through south-south to the south east and every part of the north. They are on the highways, in the forests. They attack worship centres, and every centre.

Worst of it all is that they are well-armed and have made our gallant military men look like apprentices. Several times, we saw videos made by our serving military men, from foot-soldiers to senior officers, in which they openly lament their helplessness and lack of military hardware capacity to confront and obliterate the terrorists. This should bother all patriotic Nigerians. Videos made by the terrorists and arrogantly released for public consumption, showed how armed they are. They flaunt superior fire power. They have access to the very best and most sophisticated military hardware. This is troubling. We should ask the critical questions: who funds terror in Nigeria? Terrorism is not cheap. It requires big money, usually slush funds. It requires inter-continental movement of funds? Terrorists and their sponsors (arms suppliers, financiers and advisors) have a predilection for secrecy. The more secretive their operations, the brighter their chances of growing more cells and globalising their bloody trade. Studies and investigations conducted by several global anti-crime and anti-terror agencies have shown that digital currency has provided terror merchants a smarter way to trade in arms and fund their operation without trace.

Yes, cryptocurrency, on the surface presents us with some dainties including being a source of employment, but we must never succumb to its superficial allure to the detriment of our national security. By prohibiting cryptocurrency, CBN is only being proactive to save Nigeria and Nigerians from terrorists. The order will, among other things, stymie the movement of slush funds. Cryptocurrency has no value like the naira and the dollar but two end-to-end dealers can reach an understanding to pay and accept real money at an agreed rate. This makes it a real boost for crooks especially as it cannot be tracked.

Nigerians should appreciate the CBN order in the context of national security. The nation is under terror siege. The auguries are not looking bright. Day by day, the terrorists wax bolder. They show off their latest military acquisitions including rocket launchers. How did they buy them? From whom? How were the payments made? A responsible financial regulator of a country under the weight of terrorism (Number 3 in the world) ought to take action to cut off supplies to the insurgents. CBN has acted responsibly. It will hurt some genuine investors but it’s the sacrifice we must make to safeguard our country.

Digital currency is not as fanciful as it looks. Otherwise, all the nations of the earth would have merrily, with open arms, embraced it. The global cryptocurrency-hesitancy speaks to its surreal and uncanny nature. For now, CBN should sustain the prohibition. Within this period, it should understudy the policies of other nations that are beginning to work round the treacherous labyrinth of digital currency trade to exert some measure of regulation and monitoring. Any form of global fiscal transaction that cannot be monitored, tracked or regulated lends itself to abuse. That’s the fate of cryptocurrency.

Rumble in the jungle, by Tunde Odesola