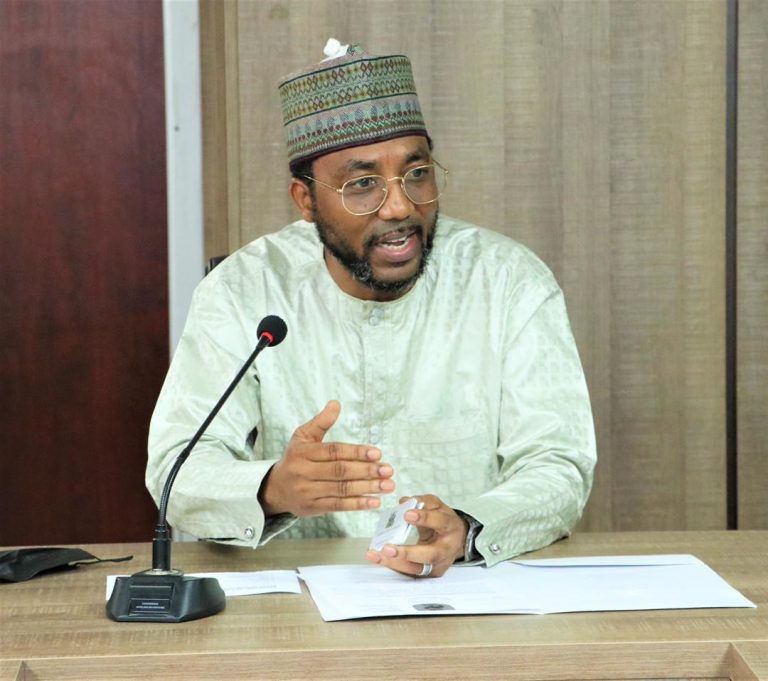 The Nigeria Ports Authority has generated revenue totaling N172.28 billion in the first half of 2022, just as it is making the Eastern maritime corridor more attractive to investors.

Both Calabar and Onne Ports are now ISO-certified and have been recording tremendous increase in traffic.

The traffic has been both in imports and exports, with Onne becoming the fastest growing port in the country.

The major ports along the Eastern waterways are Calabar, Port Harcourt, Onne and Warri.

The Managing Director of NPA, Mohammed  Bello-Koko, disclosed this on Tuesday at the 55th edition of the State House Ministerial briefing organised by the Presidential Communications Team held at the Presidential Villa, Abuja.

Bello-Koko said: “In terms of percentage input, Onne has done 11,800 metric tons half of this year.

“We are seeing that the increase in percentage is high, probably because it is easier to do business in Onne now.

“And because we have deployed more equipment in Onne and more personnel, we have paid attention to ensure that we made the port more competitive.

“In terms of export also, there is an export processing terminal within Onne itself.

Bello-Koko also disclosed that one of the terminal operators at Onne: West Africa Container Terminal, has invested more than $100 million in terminal expansion, deployment of equipment and technology.

Bello-Koko said: “The intelligence persons bringing in vessels to steal crude, one of the things they do is they shut down the Automatic Identification Systems.

“This is what is needed in terms of transmission for you to even know when the vessel comes in and the location they to go to.

“They come in legally, but then they go by the left hand side to commit illegal activities after switching off their AIS.

“We are going ahead to deploy the Vessel Traffic Service and to also have information in terms of vessel movement.”

Bello-Koko also expressed worry about the ongoing theft of buoys on the deep waters worth millions of naira, which, he noted, had made navigation more dangerous and discouraged some international cargo ships from using Nigeria’s eastern maritime corridor.

He said: “Each of the buoys, which serve as navigational route signs, costs between N12 million and N20 million, whereas no fewer than 25 of these maritime safety equipment have been stolen from Nigerians waters this year alone.

“Apart from the cost of the buoys, it is even costly to install and deploy them on waters.”

Bello-Koko explained that the absence of the buoys puts ships at risk of running aground, saying as a result of the anxiety, many foreign ships’ captains choose to avoid certain areas of Nigerian waterways, which has had adverse effect on government revenue at the affected ports.

To checkmate the activities of the vandals, the NPA boss said the management had been interacting with the locals and their leaders in the villages where the thefts occur.

According to him, the stolen buoys are often turned to scraps by the vandals.

He said: “Some of the buoys have solar panels and sensors; and there is a beacon light there that flashes at night.

“So the first thing they do is to vandalise that sensor.

“Then you just have iron that has no light and they can just drag it off without the sensors.

“We can monitor it if it is not disconnected.

“At times we send in our boats to go round scouting for it.

“And to also be fair to the communities, we have had some instances where the buoys were naturally taken away by nature.

“They ended up on the shores of some communities.

“And to be fair to them, they have actually called us a couple of times to tell us that there is a buoy that has gone adrift and it is in our community and we thank them for that.

“We believe probably the communities do not even know the individuals that are involved in these activities.

“So we are monitoring the buoys.

“And that is how we got to know how many are stolen any day it is stolen.

“Because the captains are also taking vessels in and out of the water channels, they will naturally know when they can’t find the beacons on the buoys, meaning that something is missing, and they normally report it.”

Bello-Koko, however, restated the commitment of the management under his leadership to deliver efficient port services in a safe, secure and customer-friendly environment.