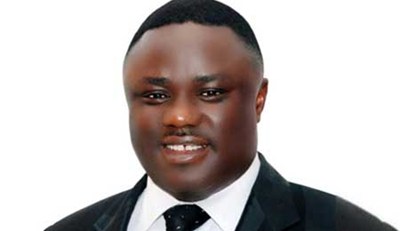 Share
Facebook Twitter LinkedIn Pinterest Email
Governor Ben Ayade of Cross River State has said the state government and the Nigerian Ports Authority would partner to make the proposed Bakassi deep seaport in the state a reality.
Ayade said this on Wednesday in Calabar when he received the Managing Director of the Nigerian Ports Authority, Hadiza Usman, and other Management staff of the organisation in his office.
He said President Muhammadu Buhari had given his commitment that the deep seaport be done.
The governor described President Buhari as a man integrity who kept faith and kept insisting that there should be regular reports on progress being made on the proposed Bakassi deep seaport.
Ayade described the contributions of NPA toward the deep seaport as wonderful.
The governor also commended President Buhari for appointing a young, dynamic and youthful managing director for NPA.
Ayade said the fact that the managing director of NPA made Calabar her first port of visit underscored the fact that the “Bakassi deep seaport is a reality”.
He said: “It is a clear indication that the young people have to take charge.
“This is one of the fastest seaports under construction.
“The port will have a draught of 16 metres to attract huge cargo traffic.”
Ayade said 100 Chinese firms were ready to come and start construction, manufacturing at the deep seaport.
He said: “The Bakasi people of Cross River State who had been displaced by no fault of theirs had been denied all rights.
“The deep seaport is meant to provide a new economic base and give the Bakassi people a sense of belonging.
“By the time the deep seaport takes off, they would then recognise that the President felt for them.”
Ayade noted that Panamax vessels would be berthing in the port, which is 90 km away from Calabar port.
The governor also expressed concern about the maintenance dredging of the Calabar port, which had remained “a big challenge”.
He said: “It is an issue (dredging) that has been recurring and I believe that the dredging of the Calabar port would finally commence.
“If we get the Calabar port working, it would support the exportation of agricultural products of the state.”
Ayade said in the light of this, the state government would cultivate the largest banana plantation in the world and would be exporting the products through the deep seaport.
Ayade said the Calabar port would serve as a transit port to support the mother vessels that would be operating at the Bakassi deep seaport.
He said: “We will provide supervision for the dredging of the Calabar Port.
“We will do our best to support you in the dredging of the Calabar Port.”
The governor said the Bakassi Deep Seaport project was not meant to conflict with the Calabar Port but to provide succour to the people of Bakasi and to shore up the economy of the state.
He said: “The Bakassi Deep Seaport is not in conflict with the Calabar port.
“Rather, it was borne out of the necessity to provide a new economic hope to the people of Bakassi.
“The port will restore the hope of the people of Bakasi and they will know that the President cares for them.”
Ayade allayed the fear of competition, adding that the deep seaport and the Calabar port would compete positively.
The NPA managing director said she was in Calabar as part of her familiarisation tour of ports in the country.
Usman said the NPA would jointly work with the state government to have sustainable development of the ports.
“We would interact exhaustively on way forward to improve the Calabar port,” she said.
Usman called for partnership with the state government in the development of Calabar port for optimum utilisation.
Cross River Governor Ayade NPA
Share. Facebook Twitter Pinterest LinkedIn Tumblr Email