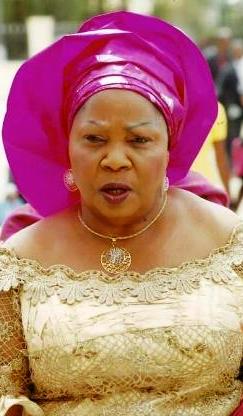 Daggers have been drawn at the Delta State Local Government Service Commission.
The expired tenure of the Chairman of the commission, Chief Nkem Okwuofu, triggered the crisis.
A socio-political pressure group from Governor Emmanuel Uduaghan’s Itsekiriland, Love of Itsekiri and Patriots, has threatened to unseat the incumbent chairman of the commission with force, if she refuses to abdicate the seat.
A petition, dated May 28, addressed to the Governor Uduaghan, signed by its Chairman, Elder Victor Oritsejolomisan Ometie, and Secretary, Taye Amatesiro, made available to The Eagle Online in Asaba, wondered why the chairman was jostling to elongate her statutory four-year tenure.
The group maintained that her continued stay in office would “dangerously” deprive the Itsekiri ethnic nationality the opportunity of producing the next chairman of the commission, which it had not enjoyed since it was established.
“Since the creation of Delta state in 1991, the state’s LCSC has has six non-Itsekiri chairmen, rotating among the Urhobo, Isoko Ukwuani, Ijaw and Igbo, who served out a four year tenure each, with each of them voluntarily relinquishing the seat to the next most senior officer until it got to the turn of Mrs. Okwuofu whose tenure elapsed on the 30th day of March, 2014,” the statement read.
While the group expressed dismay, it vowed to use every legitimate means within its disposal to unseat her in due course.
The group wondered why the chairman had consistently made things difficult in the office for her next in command by writing to the commission’s financial institutions not to transact any business with him, “thus, stalling the smooth operations of the commission.”
The statement urged Governor Uduaghan to immediately appoint “an Itsekiri man or woman as the next chairman of the commission”, since not one person has occupied the position since the state was created to ensure lasting peace.
Okwuofu however said only Uduaghan, who appointed her, or the Secretary to the State Government, Comrade Ovuozorie Macualay, can remove her from office, adding: “After all, we have a two year tenure to be in office.”