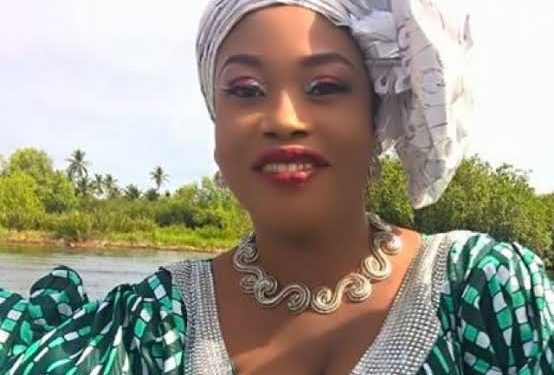 Popular Nollywood Actress, Abimbola Akinsanya, has disclosed what led to her leaving her marriage early, despite having a three month-old baby.
The Yoruba movie star, popularly known as Omo Oloja, stated this in a post on her Instagram handle.
Akinsanya said quitting the marriage was not an easy decision.
According to her, she left the union because she did not want to die and also to protect herself, adding that she did not want to become a murderer.
She wrote: “I left that marriage when my son was just 3 months old, you think it was easy to make that decision? No.
“I left early cos I didn’t want to die, I left early cos I didn’t want to lose my child, I left early cos I didn’t want to be a murderer. (It’s a story for another day) I was married for a year and 4-months and it was hellish.
“Hello,” DO NOT KILL ANOTHER PERSON’S CHILD” all in the name of marriage, I am also a mother and I know how I am striving to train and feed my son. Please, don’t pray or wish for a mother to labour in vain oooo… ,” she said.
The News Agency of Nigeria reports that the actress got married to her son’s father, Olawale Ayoola, in May 2014, but the union was short-lived as the couple parted ways after a year and few months.
In 2015, she also revealed that she would rather stay single if marriage like the one she had last was all that was left in the world.
Akinsanya said: “I didn’t enjoy a bit of my married life while with my former husband.
“I had to sneak out of my marriage with my little baby boy when life became so hot for me.
“AIl I need to say is that, I’m free from the bondage of captivity. I can no longer subject myself to incessant beating like a punching bag.
She said that her husband did not regard her as his wife because he was fond of committing several atrocities that were unprintable.
“He’s such a womanizer that has no competitor, the painful aspect of the matter is that he flirted around with married women of all kinds,” she stressed.
Akinsanya is not just an actress known for well interpreted roles in movies, she is also a producer.
Some of the movies she produced are: Agbara Ife and Soko Sale.
NAN.