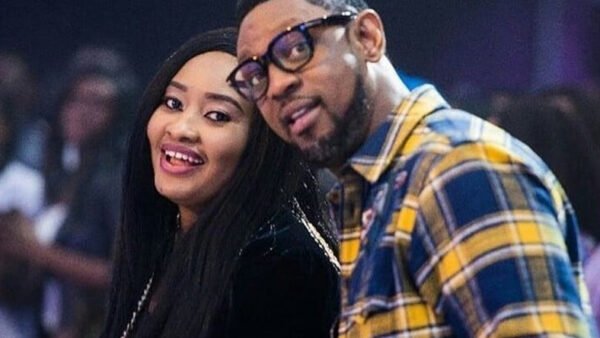 The Pentecostal Fellowship of Nigeria on Thursday said its committee had concluded sittings over the allegations of rape by the wife of popular muscian, Busola Dakolo, against the founder of the Commonwealth of Zion Assembly, Pastor Biodun Fatoyinbo.
The PFN National Publicity Secretary, Bishop Emma Isong, stated that the committee spoke to the parties involved in the matter and Fatoyinbo declined to honour invitations, despite efforts by the committee members and leadership of the Christian body.
Isong said: “You will recall that at the beginning of this issue, many questions were asked as to what has the PFN done and what has been our reaction on this matter especially by journalists and well-meaning Nigerians. We appreciate that expectations were high and subsequently the national president of PFN, Dr Omobude, and our national leaders set up a high-powered fact-finding panel made up of men and women of integrity and wisdom.
“The panel, which met for more than a month, had several meetings and interfaced with several parties that were connected with this matter.
“Unfortunately, several attempts to meet Pastor Biodun of COZA church, who is one of the important parties in this matter, failed despite efforts by the fact-finding committee to get his attention or appearance.
“The PFN, however, appreciates the respect that Mrs Dakolo gave in her personal appearance, together with her husband, to state her side of the story.
“Arising from this, the PFN, unfortunately, wishes to announce its inability to come into a conclusion on this matter. We may make a further statement on a later date. But certainly, for now, Nigerians and well-meaning people are our witnesses that we have fulfilled scriptural, public and moral expectations as a reasonable and legal organisation.”
Asked efforts made to reach Fatoyinbo, the PFN leader said invitations were sent to the church and through Fatoyinbo’s proxies, which were received and he revealed that people also reached out to the senior pastor but he declined to show up.
Isong noted that the COZA pastor had solicited the intervention of the Christian body in the matter at the initial stage, expressing the disappointment of the PFN and he emphasised that the body had concluded its intervention in the matter.