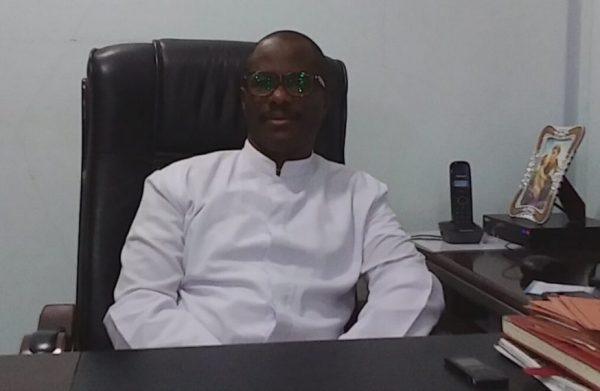 Godonu, who is the Director of Social Communications, Catholic Archdiocese of Lagos, said this in an interview with the News Agency Nigeria on Friday.

He said: “COVID-19 pandemic has caused global fear, changed the way things were done and stopped a lot of activities that were beneficial to the world.”

According to him, for the world to move on, individuals and nations would need to deal with the fear of contracting the disease by getting vaccinated.

Godonu, who is also the Priest-in-Charge, Catholic Church of the Presentation, Festac Town, said it is a moral obligation for everyone to take the vaccine.

“This is the only sure way we can sustain the world, since the pandemic has come to stay,” the priest said.

He further expressed concern that the conspiracy theory had discouraged many from taking the vaccine, saying: “This is another issue that should be addressed.

“I believe the entire world will not open its eyes and see that somebody is cooking some form of poison to give all of us, all over the world, at the same time.

“God has given mankind the wisdom to fashion and invent things that will sustain life in the world.

“I have taken the first dose of the vaccine.

“It wasn’t a bad experience.

“It’s almost three weeks since I received mine and I’m here.

“I was told while being vaccinated that I may have headache and a little fever and I should take paracetamol for two to three days if that occurred, which was exactly what I did.

“There are cries about the adverse effects, but when you have about 60 million people already vaccinated and about 90 having complications, it may not necessarily mean it’s the vaccine but a genetic thing making them have those reactions.

“The attempt not to take risk is risk itself.

“The world has not been doing things in full capacity.

“For us to be able to take away fear is to go for the vaccine.”

Godonu, however, said the Catholic Church, though in support and a promoter of the COVID-19 vaccination, will not coerce anyone to take it.

He said: “The church has said that vaccination is the way forward.

“Even the Pope has received it.

“Our own Cardinal Anthony Okojie has received the jab too.

“Our Archbishop, Most Rev. Alfred Martins, on the day of Chrism Mass on March 30 and April 1, openly said the right thing to do is for all of us to go for the vaccine.

“The Catholic Church is fully in support of vaccination of the whole nation so that we can move forward and come back to our normal life.”