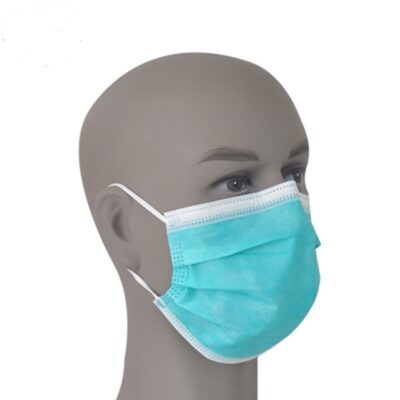 CLEEN Foundation has made a startling revelation that most people in South East Nigeria wear face masks because of security agents and not necessarily to prevent the spread of Coronavirus Disease.

The Foundation had earlier reported upsurge in human rights violations and extra-judicial killings by security personnel enforcing the measures put in place to checkmate the spread of COVID-19 in the region.

At the latest count, over 12 people have been killed by security agents in the zone as documented by observers and monitors deployed by the justice sector focused Non-Governmental Organisation.

The Executive Director, CLEEN Foundation, Benson Olugbuo, who disclosed this in a statement on Saturday, noted that there is also an upsurge in reported cases of sexual and gender-based violence.

In a related development, Olugbuo said there is an increase in reported crimes during the COVID-19 pandemic in different parts of the South East as well as incessant compromise and extortion by security personnel at the borders, while the ban on interstate travels lasted.

The Executive Director stressed that due to non-availability of adequate personal protective equipment, most security officials are exposed to risk of contacting the infection while they enforced government directives.

Despite this fact, he said, there are very few reports of security officers who tested positive for Coronavirus Disease in the South East and its impact on security agents generally.

On the citizens part, CLEEN Foundation observed that majority of the people are nonchalant to the existence of the virus despite the increase of covid-19 cases in the region.

This, Olugbuo noted, was due to poor sensitisation on the importance of the use of personal protective equipment, especially in Imo State.

To this end, CLEEN Foundation made some seven-point recommendations, including the  need to retrain personnel of security agencies in the region on non-violent policing and enforcement of COVID-19 guidelines to ensure synergy with other government agencies and respect for the rights of South East citizens.

The organisation also called for continuous public sensitisation and provision of hotlines for reporting and documenting cases of human rights abuses by security agents and cases of sexual and gender based violence against women and girls.

The NGO also harped on the need for continuous sensitisation and advocacy in all the states in the South East due to the rising surge in community transmissions of the Coronavirus Disease.

It said: “There is need to provide personal protective kits to security operatives in the region given the rising cases especially with over 10 police officers testing positive to COVID-19 in Abia state recently; The States Governors should consider informal policing groups to support the formal policing groups in the enforcement of the ban on inter-state movement at the borders; The South East Governors Forum should prioritize improving safety and security of the citizens always and in all places, especially in inner cities and communities.

“There is need for an assessment of the possible impact of Covid-19 on security agents in the South East and the entire country.”