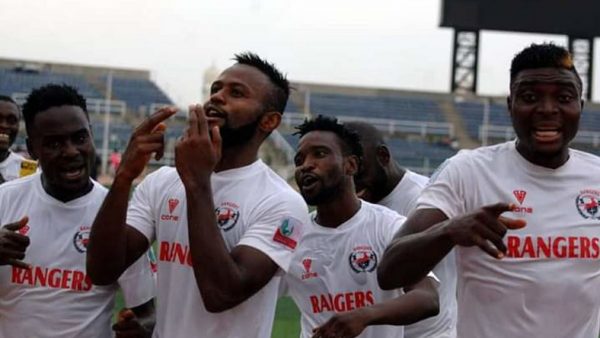 The management of Rangers International Football Club has extended the break given to players of the club by two weeks.
The General Manager of the Enugu side, Davidson Owumi, said the move became necessary due to the fact that the COVID-19 pandemic that led to the unplanned break has not abated.
Owumi, in a press release signed by the Media/Communication Officer of the club, Norbert Okolie, on Friday said with no information from the country’s ruling football house, Nigeria Football Federation, and the continued spread of the Coronavirus, there was no need for the players to return.
He, however, advised the players to continue with the training regiment given by them by the coach.
“After a careful study of the health situation that the country is facing, which led to the suspension of football activities in the first place, management decided to extend the break by two more weeks. However, if the health and football authorities announce an improvement in the situation of things before the end of the extension, the players would be notified,” Owumi said.