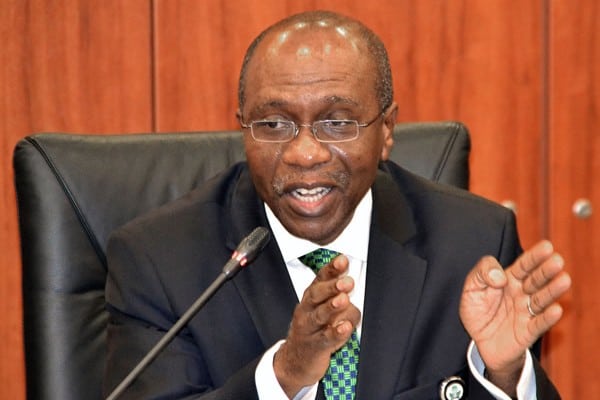 The Central Bank of Nigeria says the impact of COVID-19 on the African economy is becoming severe, especially the declining global oil price and called for massive investment in agriculture.
The CBN Governor, Godwin Emefiele, made this known at the African Economic Research Consortium Senior Policy Seminar XXII in partnership with CBN in Abuja on Monday.
The seminar has as its theme: “Agriculture and Food Policies for Better Nutrition Outcomes in Africa.”
Represented by Isaac Okorafor, the Director, Corporate Communications Department, Emefiele said the outbreak of the coronavirus had dampened consumer confidence resulting to decline in private consumption and global demand slowdown.
He said the sad development had posed great threat to the economic gains achieved across Africa in the recent past.
Emefiele said the seminar could not have come at a better time than now when economies within the region were inundated with challenges resulting from the impact of the global economic slowdown, and currently facing further deterioration in global activity owing to COVID-19.
He emphasised the need for the countries on the continent to massively invest in agriculture.
He said: “Very much like we have seen in the past, food is often one of the immediate causalities of any catastrophe on the African continent. The reason is not far-fetched, a sizeable proportion of the population is food poor.
“Africa is not winning the war against acute hunger and malnutrition. Food insecurity and malnutrition plague the lives of millions across the continent.”
According to the 2019 Global Report on Food Crises, Africa remains dis-proportionally affected by food insecurity with more than half of the global 113 million, 58 per cent to be precise acutely food-insecure people living in 33 countries in Africa.
Emefiele said: “Here is the irony, Africa holds 65 per cent of the world uncultivated arable land, particularly its vast 400 million-hectare savannahs, which are the world’s largest agriculture frontier.
“The continent of Africa should have no business with food insecurity. Regrettably, its agriculture continues to be vulnerable to climate- related shocks, disease, weak input supply chains, conflicts and economic shocks.
“Disturbingly, the Food and Agriculture Organisation (FAO) has predicted that Africa could add an additional 38 million hungry people to the world’s number of hungry people by 2050 due to climate change.”
Emefiele said unlocking the huge potential of agriculture must therefore be at the heart of any meaningful engagement on economic and social development of the continent.
He said the region had the capacity and must become the food basket for the world, rather than a net importer of food.
He said importation of food by the continent was unacceptable, saying that Africa spent 35 billion dollars on importation of food annually according to report by the African Development Bank.
According to him, the continent must urgently develop policy measures around building what has been termed grey matter infrastructure in Africa in order to end the scourge of malnutrition.
In his remarks, the Executive Director of AERC, Prof. Njuguna Ndung’u, expressed delight for hosting the seminar in Nigeria as it had never been held in the country.
Ndung’u urged participants to always adhere to full implementation of resolution of this kind of policy seminar.