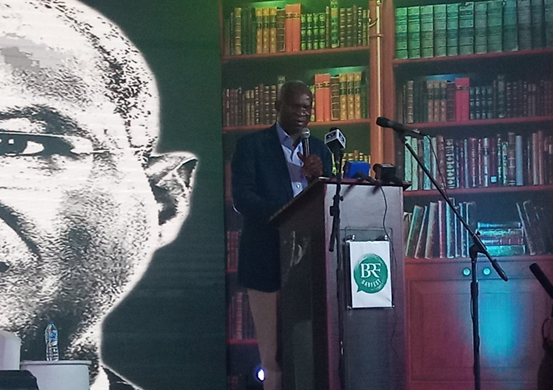 The Federal Government has urged private developers and individuals who build houses for commercial gains to ease off the cost which they control to enable Nigerians afford housing during this COVID-19 era.

“My recommendation for improving access and affordability to housing in the COVID-19 era is for private companies and individuals to give back some of what they control to citizens in the way the Federal Government has given back to citizens some of what it controls,” Fashola said.

He explained, for example, in cases where rent of businesses or individuals are due for renewal, the private landlords can give back, by accepting monthly, quarterly or half- yearly rent instead of one year, two or three years rent in advance.

Fashola noted that the Federal and State Governments have limited parts to play in the area of provision of affordable housing to Nigerians because houses for sale and rent are mostly built by individuals and private companies compared to that of the Federal Government.

The Minister enjoined Council to recommend, as part of its communique, a legislation that limits payment of rent in advance and add sanctions for violation.

He said: “It is therefore my candid recommendation to this Council to consider intervention by way of recommending a legislation that limits advance  payment for renting an accommodation.”

In addition, Fashola told Council to consider Cooperative housing as part of their discourse and recommendations for affordability and accessibility to housing in the country.

He commended Federal Mortgage Bank of Nigeria for driving the Cooperative housing initiative at the Federal Government level, adding that it is advantageous because cooperative members can choose what they design and build to fit their budgets and they can leverage their members to get group discount for purchases of building materials as well as engagement of contractors.

In his remarks, the Governor of Plateau State, Simon Bako Lalong, told the participants to come up with tangible solutions to tackle the challenges of land titling affecting affordable and accessible housing in the country.

Lalong said the absence of Geographical Information System is another major challenge impeding affordable housing in the country and encouraged states to embark on it, noting that GIS makes documentation, verification and transfer of land titles easy.

The Governor assured the Council that the Government of Plateau State would implement all notable recommendations that would be churned out of the meeting.

Among those in attendance were some members of the National and Plateau State Houses of Assembly; Managing Director of Federal Mortgage Bank, Ahmed Dangiwa; Surveyor-General  of the Federation, Samuel Adediran Taiwo; and representatives of professional and regulatory bodies in the building industry.