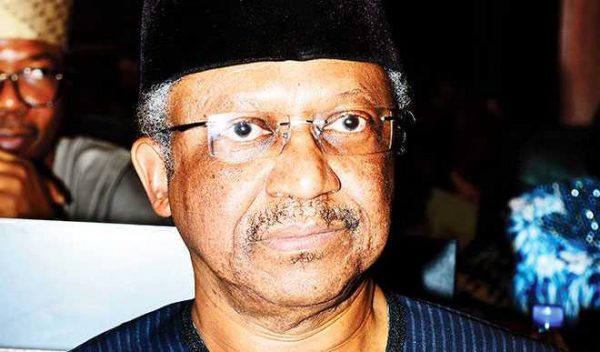 The Federal Ministry of Health says government may introduce more measures towards curbing the spread of the Coronavirus Disease (COVID-19) in the country if the need arises.
The Minister of Health, Dr. Osagie Ehanire, at a media update on COVID-19 in Abuja on Thursday, said the country now had 51 cases.
Ehanire said all the 48 contacts were clinically stable with mild symptoms, while two had been discharged and the death figure remains one.
The Minister said only two cases had been discharged because others were still being monitored at the isolation centres.
He disclosed that those with mild symptoms or no symptoms would be treated in a different facility that was not as sophisticated as the ones with severe symptoms.
Ehanire said government had a framework to build more intensive care clinics and learning treatment protocols.
He said ventilators were only needed for a very critical few, urging all health facilities to be on high alert while maintaining high index of suspicion.
He said: “Everybody is learning from the other.
“Other countries are looking at what we are doing, but there’s room to do more.
“If you don’t want to be overwhelmed, then you have to be quick.
“Response agencies are doing very well.”
He called on Nigerians to try and report cases of people who just got back from high index countries.
Ehanire disclosed that there was an online platform where people could now report by themselves the place they were coming from and their date of entry into the country with their flight numbers.
He said by so doing, the country could reduce the risks of spreading the virus.
The Minister added that one major item in Nigeria’s disease control was social distancing, and urged Nigerians to comply.
“Strictly limit contacts to others for the sake of your families. Do everything not to mingle or congregate unnecessarily,” he said.
According to the minister, various state governments were working out means of enforcing social distancing in their states.
He also said government was working with relevant stakeholders to man all borders to prevent the spread of COVID-19.
On news relating to contacts in the Presidential Villa, Ehanire said that he had not been given permission to announce the contacts status.
He said: “But the victim is in a secured government facility receiving care.
“Any person doing a test will have to reveal the result by himself.”
He said all governors would have to work with community leaders to work out modalities on how to ameliorate the impacts of COVID-19 in their states.
The News Agency of Nigeria reports that the Nigerian Government has received its share of test kits and protective gears donated to Africa by the Chinese business tycoons, Jack Ma.
The materials include 100,000 masks, 20,000 test kits and PPE.
NAN also reports that the 20,000 test kits will be distributed to the five laboratories in the country.
Lagos State has two laboratories while the FCT, Osun and Edo States have one laboratory each.
Ma, the Chinese billionaire, had earlier announced the donation of 1.1 million testing kits and six million masks to fight coronavirus in Africa.