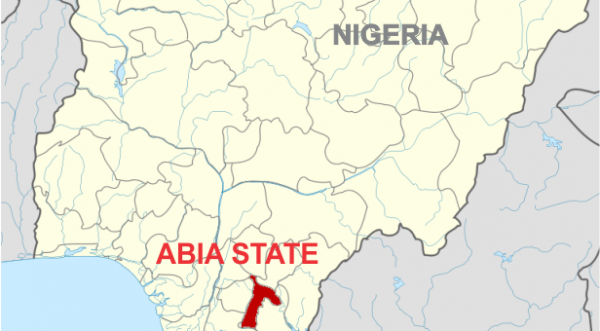 The two weeks lockdown introduced as part of government’s measures to contain the spread of COVID-19 into Abia State resumed on Sunday after it was relaxed from Friday to 2pm on Sunday.
The News Agency of Nigeria reports that the resumption of the lockdown, which is expected to end on Wednesday, recorded partial compliance by residents.
A NAN correspondent, who monitored the situation in Umuahia metropolis and its environs, reports that although commercial vehicles and tricycles were off the roads, private motorists moved about almost unhindered.
Consequently, many people, especially those who claimed to have forgotten about the resumption of the lockdown, were seen walking long distances to their destinations.
Some officials of the Umuahia North and Umuahia South Local Government Areas mounted checkpoints at strategic locations to enforce the order.
Military personnel were at their duty posts at the entry points into the state capital, while operatives of the police and Nigeria Security and Civil Defence Corps were seen with patrol vans moving round the town.
The spokesman for NSCDC, Ndukwe Agu, told NAN that the corps lacked the necessary logistics for full deployment of its personnel.
Agu said the command employed a special strategy to enforce the order and hoped they would achieve the expected goal.
The state government had said it relaxed the lockdown to enable residents to restock their homes with foodstuffs and attend the Easter church services.
Orthodox and pentecostal churches held their services in compliance with government guidelines.
At St. Finbarrs Catholic Parish, Umuahia, four different masses were held inside the church and three halls on the premises at different intervals to ensure compliance with the social distancing directive.
The church also provided buckets of water and liquid soap for hand washing at strategic points, while worshippers were also provided with hand sanitisers at the entrance gate.
The Easter celebration was, however, low-key in the area due to the lockdown and palpable apprehension among the residents.
Some of the entries visited, including the Shoprite and Crunches, recorded low turnout of customers.
Picnic facilities, shops and photo studios in town, which usually recorded a beehive of activities during such celebrations, remained closed.
Efforts made to get the reaction of the Commissioner for Information, John Okiyi, on his assessment of the compliance on the resumption of the lockdown, were unsuccessful.
An official of the Umuahia north enforcement team, Okechukwu Nkemka, said they were only cautioning defaulters, especially private motorists, and advising them to go back home.
“We decided not to impound vehicles today but we warned and advised defaulting motorists to go home in line with the government’s lockdown order,” the official said.
NAN reports that Abia State has remained one of the few states in the federation that has yet to record any case of coronavirus.
The state government last week embarked on the distribution of palliatives, including rice, beans, yam, hand sanitisers and face masks, to the indigent and vulnerable persons through churches and mosques.