Coutinho out for three weeks 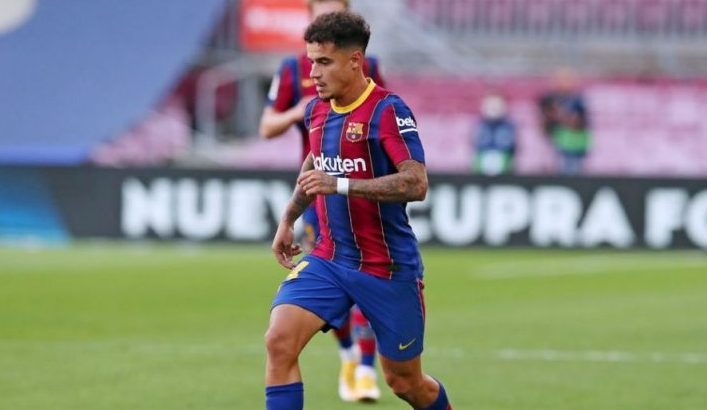 Barcelona midfielder Philippe Coutinho injured his left hamstring in his side’s 3-1 home defeat to Real Madrid on Saturday, effectively ruling him out of his side’s Champions League showdown away to Juventus on Wednesday.

A statement from Barca on Sunday said the Brazilian was unavailable due to the injury, without saying when he would return to action.

Barca’s most expensive ever signing, Coutinho, who played the full 90 minutes, passed up a clear chance to put his side ahead in the ‘Clasico’ when the game was poised at 1-1, missing the target with a header from close range.

The Brazilian had been on a positive run of form in his first season back with the club after spending the last campaign on loan at Bayern Munich, scoring two goals and providing two assists in six competitive matches.

AS newspaper said Coutinho could be out for three weeks.

He looks set to miss the game at Juventus plus Barca’s La Liga fixtures away to Alaves and at home to Real Betis as well as the Champions League match at home to Dynamo Kyiv.

His injury could spell good news for Barca’s two other most expensive players Antoine Griezmann and Ousmane Dembele, who were both left out of the starting line-up against Real Madrid.