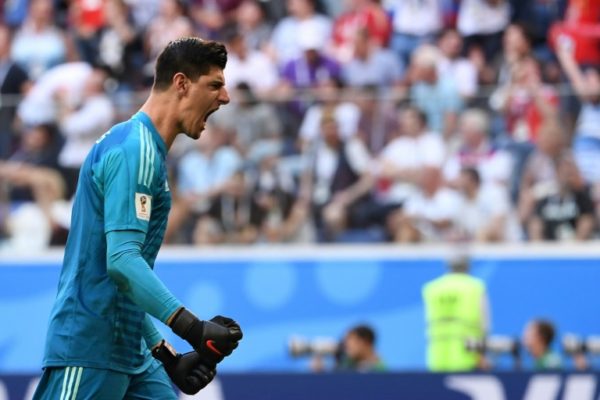 Real Madrid goalkeeper Thibaut Courtois has defended his season form.
Courtois says he considers himself one of the best players in the world despite committing a howler against Russia that let them equalise through Denis Cheryshev even though Belgium ran out eventual 3-1 winners.
“I got a nudge from the Russian attacker,” he said after the game. “I didn’t have the strength to clear it. I made a bit of a mistake. That’s the life of a goalkeeper. After that, I calmed down and played my game.
“I still consider myself one of the best in the world,” he said. “Even though the Spanish press want to kill me. I feel strong, I’m calm, playing well and training well.”