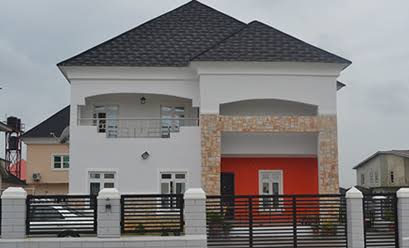 A Lagos State High Court, sitting in Ikeja, has nullified a movement restriction order placed on homeowners in Pearl Garden Estate at Sangotedo in Eti-Osa Local Government Area of the state by CMB Building Maintenance and Investment Company Limited.

The trial judge, Mufutau Olokoba, pronounced the restriction illegal while delivering verdict in the suit filed by some of the homeowners against CMB (property and the estate management agents) and the Oyetubo Jokotade Estate Resource Limited (previous landowners).

The claimants, Messrs Francis Adesuyi, Felix Obiakor, Martin Ajayi-Obe and Peter Afenotan filed the N100 million suit on February 9, 2015 on behalf of themselves and other estate residents against the property developers.

While delivering the judgement, Justice Olokoba observed that the property developers trampled on the claimants’ rights by restricting their movement in and out of the estate.

He also declared as null and void an estate charge of N35,000 imposed by the second defendant on the claimants.

The judge, however, refused to cede the claimants’ requests, which demanded the defendants to pay them the sum of N100 million in damages.

Instead, he ordered the defendants to bear the cost of the action.