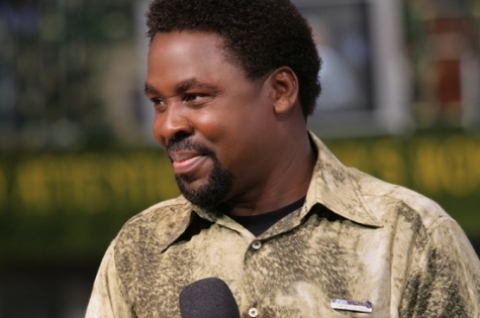 An Ikeja, Lagos State High Court on Friday dismissed an application filed by the Synagogue Church of All Nations seeking to stop the ongoing coroner’s inquest into its collapsed guest house.
The News Agency of Nigeria reports that Justice Lateefa Okunnu dismissed the application for lacking in merit.
In her ruling, Okunnu held that the coroner’s court was not known by law and could not, therefore, be sued.
But the coroner, on the other hand, could sue or be sued.
She said: “The issues for determination is whether the coroner (Oyetade) has acted contrary to the rules of natural justice by not granting the applicants a fair hearing and whether he has exceeded the scope of a coroner’s court.”
The judge, who relied on the works of Christopher Dorries, a British coroner’s law expert, held that the coroner’s court was inquisitorial in nature.
Okunnu said Sections 26 and 27 of the Coroner’s System Law of Lagos State 2007, empowered the coroner to summon any witness to assist him in his fact-finding mission.
According to her, the summons extended to Joshua to testify was not unusual because he was listed in the applicant’s affidavit as the “Founder and General Overseer” of the church.
She also dismissed the allegation that Komolafe had been biased against the applicants in the proceedings, adding that there was no evidence before the court to support the claim.
“Having read the transcripts from the proceedings, I regret that I do not share the applicants’ point of view that the respondent has been biased or unfair and has breached the principle of natural justice,” Okunnu held.
The judge further noted that under Section 34 of the Coroner’s Law, the coroner was not bound by the Rules of Evidence applicable in the adversarial courts.
On whether Komolafe had exceeded the scope of a coroner’s court, she held that a coroner had the prerogative to take evidence from any witness he deemed relevant to reaching his conclusions.
She said: “In the event, I am of the firm view that the issues raised by the applicants are premature.
“I find, therefore, the present application lacks merit and has failed in its entirety. It is accordingly dismissed.”
The inquest was set up by the Lagos State Government to unravel the cause of the September 12, 2014 building collapse, which killed 116 people, mainly South Africans.
It would be recalled that the church and its founder, Prophet Temitope Joshua, had sued the coroner’s court and the coroner, Oyetade Komolafe, over the inquest.
The applicants had asked for a judicial review of the proceedings before the coroner’s inquest, which began on October 13, 2014.
They had asked the court to determine whether the witness summons served on Joshua to appear before the coroner did not constitute an infringement on his rights to fair hearing.
The plaintiffs also asked the court to declare that Komolafe had exceeded the jurisdiction of a coroner’s court by delving into areas that were beyond its scope.
They also accused the coroner of bias and had asked the court to restrain him from going further with the proceedings.
Their counsel, Chief Lateef Fagbemi (SAN), had also canvassed arguments that the coroner’s court and the coroner were ‘juristic persons’, who can sue and be sued.
Opposing the application, the respondents’ counsel, Akinjide Bakare, argued that the coroner had extensive powers to investigate the cause and circumstances of death.
Bakare maintained that the coroner had the powers of a magistrate to summon witnesses, including medical examiners, and required them to give evidence, produce documents or present other relevant materials.
According to him, in order to determine the cause of any death, the coroner has the latitude to investigate issues pertaining to building approval, soil testing and materials used in the construction of the collapsed building.
He, therefore, asked the court to dismiss the application.
Meanwhile, at the resumption of the inquest on Friday, a structural engineer, Saheed Ayiroyi, told the court that he was not a professional in sub-soil investigations.
The witness, who is a consultant to the Lagos State Material Testing Agency, said he did not participate in the generation of the sub-soil investigation report already tendered before the court.
Ayoroyi said: “We did integrity test on the rubbles that collapsed.
“The report showed that the concrete used on the collapsed building was good.
“Our investigation report did not show that there were signs of stress on the foundation of the collapsed building.”
Ariyori also confirmed that there were errors in his calculations made before the court on March 4 in which he based his conclusions that the foundation of the collapsed building was defective.
NAN reports that the inquest was adjourned till March 12 for further hearing.