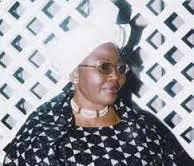 A Federal High Court in Lagos on Wednesday ordered stay of proceedings in the N130 million fraud charge preferred against a former Deputy Governor of Lagos State, Alhaja Sinatu Ojikutu.
Ojikutu was charged with conspiracy, fraud and stealing.
Justice Mohammed Yunusa made the order while ruling on a preliminary objection filed by Ojikutu’s Counsel, Bolaji Ayorinde (SAN), challenging the competence of the suit.
Ayorinde had faulted the institution of the suit, saying that a similar suit was pending before a Lagos High Court.
He had urged the Federal High Court to dismiss the suit before it.
Yunusa held: “In the suit No. FHC/L/CS/343C/2013, there is no physical presence of the accused in question, no charge has been read and no plea taken.
“Counsel to the accused has exhibited sufficient records of court to show that there exists a subsisting order of a Lagos High Court restraining parties from taking steps which will be inimical to the determination of the suit.
“I am aware that time does not run against criminal trial.
“So, the complainant should have waited for a full determination of the civil suit before instituting this suit.
“It will amount to judicial rascality for me to entertain this suit because a judge has no powers to reverse the decision of a judge of concurrent jurisdiction.
“It is in this regard that I hereby order the stay of this suit in line with the enrolled order of a Lagos High Court dated August 12, 2013.”
Ojikutu was on September 20 charged alongside her son, Simpson, with obtaining N130 million from Cajetan Okekearu under false pretences of selling a plot of land to him at Lekki Phase 1, Victoria Island, Lagos.
On October 31, the Prosecution Counsel, Bukola Durojaiye, filed an amended charge, removing Simpson from the suit.
The alleged offences contravene Section 1(a) (iii) and 8 (a) of the Advanced Fee Fraud and other Fraud-Related Offences Act, Cap. A6, Laws of the Federation, 2004.
They also contravene Section 390 (9) of the Criminal Code, Act, Cap. C38, Vol. 10, Laws of the Federation, 2010.