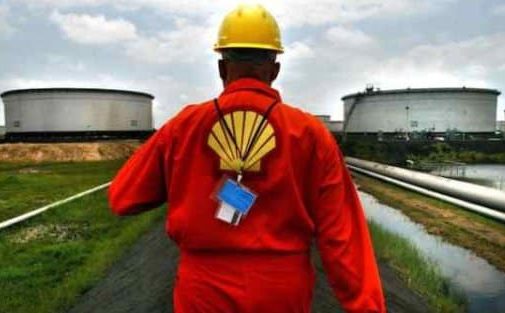 A Federal High Court sitting in Maitama, Abuja on Friday vacated its order for a temporary forfeiture of Oil Prospecting Licence 245 to the Federal Government, pending the conclusion of investigation by the Economic and Financial Crimes Commission.
Justice John Tsoho has on January 26 made the order of temporary forfeiture of OPL 245 to the Federal Government.
At the resumed hearing, Tsoho vacated his own order following applications by the Nigerian Agip Exploration Limited and Shell Nigeria Exploration and Production Company Limited challenging the validity of the orders.
Tsoho held that the orders for forfeiture were irregularly made because the EFFC’s ex-parte application on which basis the orders were made were not properly filed.
He said as a result of that, the ownership of the OPL should be returned to Shell and Agip.
The judge also dismissed an application filed by Malabu Oil and Gas Limited seeking to be joined as parties in the matter.
Malabu Oil had sought to stay the delivery of the ruling on the order of forfeiture on the grounds that it would be affected by the court’s decision.
The judge said the application by Malabu was an abuse of court process and only intended to waste the time of the court.
Tsoho directed parties who had issues with the Malabu deal – OPL 245, to file fresh cases and ventilate their grievances.
The OPL 245 is in relation to an oil well, which is the subject of the controversial Malabu Oil deal, in which the EFCC had filed three separate charges against former Attorney General of the Federation and Minister of Justice, Mohammed Adoke.
Others charged with Adoke included a former Petroleum Minster, Dan Etete.
Shell had argued that the EFCC chairman was wrong in law to have brought the ex-parte motion that led to the order of forfeiture in his capacity as chairman.
Shell’s lawyer, Prof. Koyinsola Ajayi, held that Section 28 of the EFCC’s Act did not allow the chairman to bring an ex-parte application in his capacity as chairman.
The EFCC’s counsel, Johnson Ojogbane, however, maintained that the ex-parte application was filed by the chairman in line with Section 44 of the 1999 Constitution.