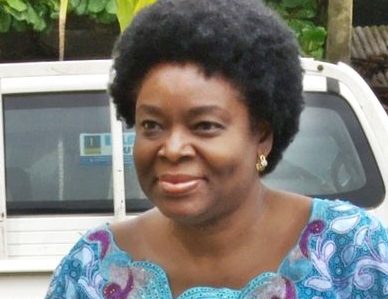 Justice Chukwujekwu Aneke quashed the charge for being incompetent.

This followed three applications by their counsel, Chief Bolaji Ayorinde (SAN),  Michael Lana and  A. Oladeji.

The trio were arraigned by the Economic and Financial Crimes Commission on January 16, 2018 before Justice Muslim Hassan on  24 counts.

The EFCC accused the defendants of conspiring to take possession of N650m “crime proceeds” without going through a financial institution.

The agency alleged they received the money from a former Minister of Petroleum Resources,  Diezani Alison-Madueke, in the build-up to the 2015 general elections.

The money was said to be part of the $115 million allegedly disbursed by Alison-Madueke, to influence the outcome of the 2015 presidential election

The defendants pleaded not guilty.

Following their applications, the case was transferred to Justice Aneke.

They again pleaded not guilty, following which trial commenced.

The defendants then asked that the case be struck out on the ground, among others, of wrong jurisdiction.

They told the judge the alleged crime was committed in Ibadan, not Lagos, adding that they could only be tried in the court’s Ibadan division.

But the EFCC through its counsel  U. U. Bihari opposed their applications, arguing that the charge was originally filed at Ibadan, but was transferred to Lagos at the defendants’ instance.

Bihari told the court that if it was inclined to grant the defendants’ application, it should not strike out the case, but transfer it to the Ibadan division.

The judge also held that the charge was vague and defective as it did not specifically mention where the alleged offences were committed.

He consequently struck out the charge against all three defendants.