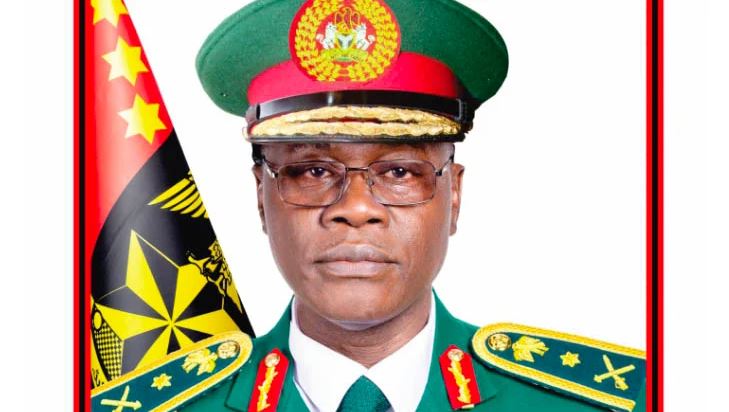 The Coalition for Truth and Justice has slammed court orders against the Chief of Army Staff (COAS), Lt.-Gen. Yahaya Faruk, and other heads of security agencies, warning that the trend is an invitation to chaos.

In a statement made available to the News Agency of Nigeria (NAN) Saturday in Abuja, the group warned that if the trend is not checked, it will distract the security agencies from their constitutional duties.

According to Barrister Timothy Charles, National president of the Coalition, the speed with which these pronouncements are made is suspicious and a reason to tread carefully at this critical point of the country’s existence.

“A situation where various courts in the country would issue orders remanding heads of security agencies in prison custody is indeed a mockery of our judicial system.

“The judicial arm of government must come to terms with the reality on the ground to understand that such actions can heat the polity and make the country a laughing stock before the international community.

“We recall that the Inspector General of Police and the Executive Chairman of the Economic and Financial Crimes Commission ere ordered to be remanded in prison custody for failing to obey court orders even though the reason for the declaration defeats common sense.

“The recent order for the arrest of the Chief of Army Staff by a Federal High Court sitting in Minna, Niger state, again brings to the fore the attempt at undermining heads of security agencies in the country.

“It is more worrisome that the court ordered that the Chief of Army Staff be kept in Minna correctional custody for contentions of court order on October 12, 2022, meaning that the COAS is to remain in custody till he has been purged of the contempt,” he said.

Charles further noted that considering that the charge could be an invitation for chaos, this is he more reason why the judicial arm of government must be circumspect in issuing orders that amount to a systematic humiliation of the Office of the Chief of Army Staff.

“As incredible as this might sound, we might be tempted to think that the court has now become a medium with which the enemies of Nigeria intend to use to distract the head of security agencies in the country from the onerous task at hand.

“A peep into the activities of the Chief of Army Staff would reveal that such distractions do not augur well for the efforts at addressing the security challenges in the country.

“This is also on the heels that the Nigerian Army is actively involved in internal security operations across the country and prosecuting the war against terrorism in parts of the country.

“This is indeed an act of judicial reckless behaviour that stakeholders must discourage due to the consequences of such actions in the polity.

“The Judiciary must wake up from this slumber at the risk of being accused of assisting criminal elements to distract and destabilize our security agencies,” Charles said.

The group, therefore, said that the actions of the judiciary were not only well thought but counterproductive, especially in the face of security threats capable of bringing the country to its knees.

“As a group, we expect the Judiciary to initiate processes that would see to the speedy conviction of criminal elements that are standing trial and not look for avenues to undermine the efforts of security agencies at addressing the security challenges in the country.

“Therefore, we condemn in its entirety, this new passion of the Judiciary as it does not augur well for the overarching interest of the country.

“The Judiciary must retrace its steps and not engage in unwholesome practices that demean the security agencies in Nigeria,” the statement added.