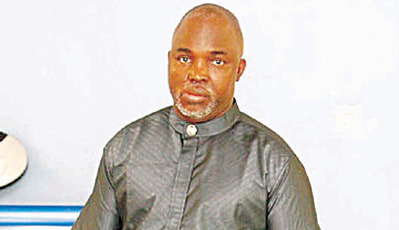 Justice Ambrose Allagoa of the Federal High Court sitting in Jos, Plateau State has nullified the election into the Executive Committee of the Nigeria Football Federation held on September 30.
The election, which was held in Warri, Delta State, produced the Delta State Football Association Chairman, Amaju Pinnick, as President.
Pinnick defeated six other candidates.
Allagoa had on September 19 ordered the stoppage of the General Assembly of the NFF scheduled for September 20 and the Elective Congress of September 30 that produced the Amaju Pinnick-led Board.
Ruling on Thursday in Jos, Justice Allagoa contended that court orders must not be taken for granted if we must protect the integrity of the court.
He, therefore, ruled thus: “I have set aside all the proceedings and decisions of the Warri Extra Ordinary meeting of the 20th September and the Elective Congress of 30th September which were direct contravention of the orders of this court as granted on the 19th September.
“Nobody should foist on the court a complete case of hopelessness so that the principles of law and justice can be upheld. Its not enough to say that the order of court was wrongly made, no matter how unorthodox, its subsisting orders, unless set aside, remains law and must be respected.
“Defendants in this matter have not filed any counter affidavits in this court to contest the facts. There is no motion nor Memorandum of Appearance. This is a court of record. On this note, the court has no option than to protect the integrity and sanctity of court. Court orders are not tea party. Nobody is above the law. Impunity must be stopped.”
On the contempt charge against the immediate past NFF President, Aminu Maigari, and General Secretary, Barrister Musa Amadu, Justice Allagoa set it aside but warned that the orders of the court must not be disobeyed in future.
He held: “I have left out the issue of contempt.
“That does not mean that the Orders of this court should be further disobeyed.
“Parties are however warned.”
Justice the adjourned hearing on the substantive suit till November 25, 2014.
Reacting to the ruling, Counsel to the plaintiffs, Habila Arzard, said: “From this minute, my clients can and should resume in office immediately. If the other parties must go on Appeal, they have to first of all vacate the office while they go on appeal.”
On his part, Counsel to the defendants, D. Dashe, said his clients would appeal the ruling.
Dashe said: “We shall consult with our clients but certainly we shall go to the Court of Appeal as we are not satisfied with the decisions of the court in this matter.”