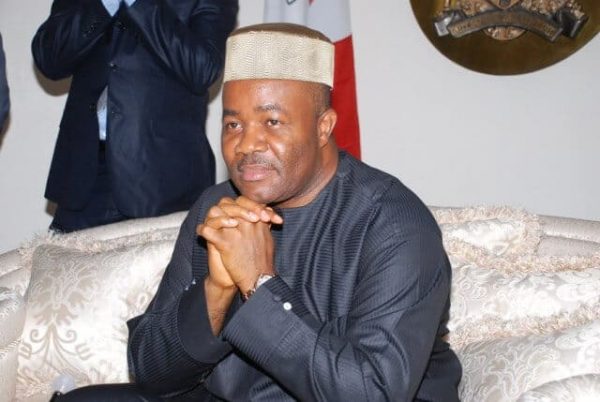 Justice Okon Abang of the Federal High Court Abuja on Monday granted leave to Senator Godswill Akpabio to challenge a suit seeking his removal along with 53 others from office.

The suit was instituted on July 2018 by an advocacy body known as Legal Defence and Assistant Project.

LEPAD is seeking the court to declare the seat of the affected national legislators vacant over their defection to the All Progressives Congress and the Peoples Democratic Party.

The lawmakers, including Senate President Bukola Saraki and the Speaker of the House of Representatives, Yakubu Dogara, had responded by asking the court to dismiss the suit for lack of merit.

The defendants had submitted that the Plaintiff, which instituted the suit against them, praying for their removal had no locus standi to institute the suit.

Justice Abang after listening to the arguments from both parties had on April 30 adjourned until May 17 for judgment.

However, few days before the judgment, Akpabio approached the court for permission to challenge the suit seeking their removal from office on grounds of their defection.

Akpabio, who is the third defendant, is praying the court for an extension of time to personally file his response before judgment is delivered.

The plaintiff’s counsel, Ede Uko, in his response had urged the court to discountenance the application as it was meant to arrest judgment slated for May 17.

Ruling on Akpabio’s application, Justice Abang agreed with the submissions of Akpabio’s counsel, Sunday Ameh (SAN), that the suit was not a class action, hence the applicant was entitled to be heard.

Abang held that it would not be proper to shut the applicant out when he said he was not served by the Clerk of the National Assembly.

The judge added that it was mandatory, in the interest of justice, for all parties to be heard before judgment is delivered.

“Serving of originating process on a person cannot be presumed, it cannot be waived, and he must be heard. It is his fundamental human right,” Abang held in the ruling.

Justice Abang also disagreed with the plaintiff that the application was an abuse of court processes, which he claimed was an attempt to arrest the judgment slated for May 17.

He adjourned the matter until May 14 for parties to adopt their processes, adding that the court may still go ahead with the judgment on May 17.