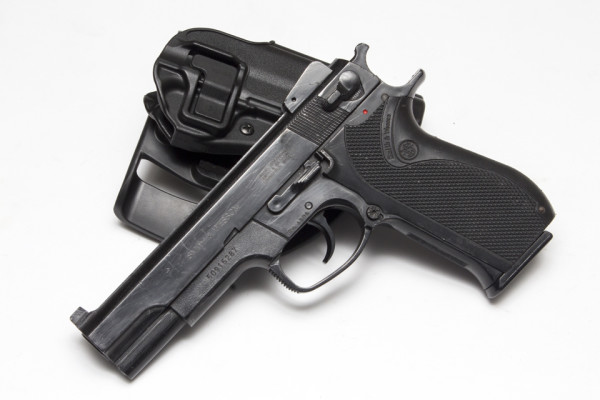 Justice Ijeoma Ojukwu of the Federal High Court, Abuja, on Thursday fixed September 30 for hearing in an application restraining the presidency from revoking firearm licences of Nigerians.
The motion for the interlocutory injunction was filed by the Board of Incorporated Trustees of Malcolm Foundation.
NAN reports that on May 22, President Muhammadu Buhari, signed into law with executive powers to remove, revoke, banish all firearm or shotgun certificate or license in Nigeria.
This executive order started June 1.
Justice Okukwu said that after careful consideration of the averments of the plaintiff, said she found them to be weighty and in relation to public interest.
She said the defendant should be put on notice in order to show cause, why the relief sought by the plaintiff should not be entertained.
Chief Malcolm Omirhobo, a constitutional lawyer and the plaintiff, in his adumbration, told the court that the Nigerian constitution provided for the inalienable right for self defence.
The lawyer said that Nigerians with firearm licences were responsible citizens who are law abiding, and the revocation of their licences will automatically  violate their right to self defence.
He further said that the withdrawal of firearms from responsible citizens shall leave them vulnerable to incessant attacks from foreign elements purportedly assailing the country.
Omirhobo maintained that though the firearms act has given the presidency the power to withdraw licences, the constitution has also given individuals the right to life and self defence.
He said in a situation where there were not enough police with guns, what shall happen to self defence if guns are withdrawn.
He also said it was dangerous for the executive to revoke the firearm licences, considering the reality of the security situation in the country.
The lawyer moved the motion after telling the court that the motion was supported by 73 paragraph affidavit with nine exhibits.
He said: “We have certificate of compliance dated May 24 and a written address in support of the application and wish to adopt the averments alongside the exhibits.”