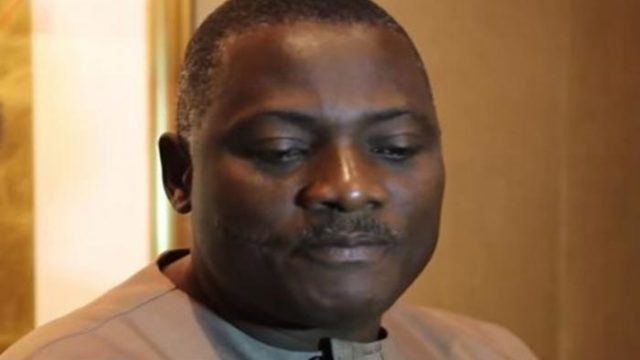 A Federal High Court, Lagos, on Friday fixed December 7 to hear a motion seeking a bench warrant against Innocent Chukwuma, CEO, Innoson Nig. Ltd and four others, charged with alleged forgery.
The Federal Government, through the office of the Attorney-General of the Federation had filed a four-count charge of forgery against the accused.
In the charge numbered FHC/L/565C/1, the accused are listed as: Innosson Nig. Ltd, Innocent Chukwuma, Charles Chukwu, Maximian Chukwura, Mitsui Osk Lines ‘C’ and Anajekwu Sunny.
The accused were alleged to have conspired to commit the offence on October 10, 2013, at Apapa Wharf.
It will be recalled that Justice Ayokunle Faji, had on January 11 stayed proceedings in the criminal charge before the Federal High Court, pending the outcome of an appeal filed by the defence at the Supreme Court.
At the last adjourned date, the prosecutor, Julius Ajakaiye, from the Federal Ministry of Justice, had informed the court of an earlier decision of the Court of Appeal which had dismissed the defence’s appeal seeking a stay of proceedings.
Citing the provisions of Sections 306 of the Administration of Criminal Justice Act, 2015, and the case of FRN vs Olisa Metu, Ajakaiye had urged the court to vacate its earlier order to await the decision of the Supreme Court, and order the hearing of the prosecution’s motion for a bench warrant against the accused.
In its ruling on Friday, the court vacated its earlier order to abide by the decision of the Supreme Court, and set a date for hearing of the prosecution’s motion for a bench warrant.
Following the agreement of parties on a date, the matter was adjourned until December 7 for hearing.
In the charge, the prosecution alleged that the accused falsified shipping documents, which they deposited with Guaranty Trust Bank Plc as collateral for the sum of N2.4 billion.
The loan facility was alleged to have been granted to Innosson Nig. Ltd.
The shipping document was also alleged to have been falsely presented as genuine and with intent to defraud, in order to clear goods worth N2.4 billion.
According to the charge, the offence contravenes the provisions of Sections 1(2) (c), and 3(6) of the Miscellaneous Offences Act, Cap M17, Laws of the Federation, 2004.