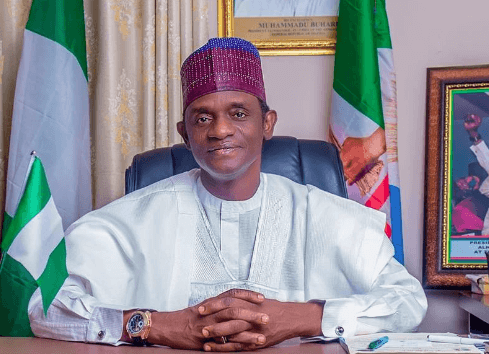 Justice Uche Agomoh of the Federal High Court Ibadan has adjourned until July 11, a suit challenging Gov.  Mai Mala Buni as acting Chairman of the All Progressives Congress (APC).

The News Agency of Nigeria reports that Ajibola Salawu, Oyo State APC youth leader and three others asked the court to determine whether it is proper or not for a sitting governor to serve as acting national chairman of the party.

Agomoh adjourned the suit after counsel to the plaintiffs,  O.C. Omeke, informed the court that he received a letter from the defendants saying they cannot meet up with the court proceedings.

Speaking in an interview with NAN, after the court sitting, counsel to the plaintiffs said the case had nothing to do with the current national chairman or National Working Committee (NWC) of APC, but with the former caretaker committee.

NAN reports that the court had earlier ordered service of court processes on all the defendants after the plaintiff had complained about the difficulty experienced in serving them.