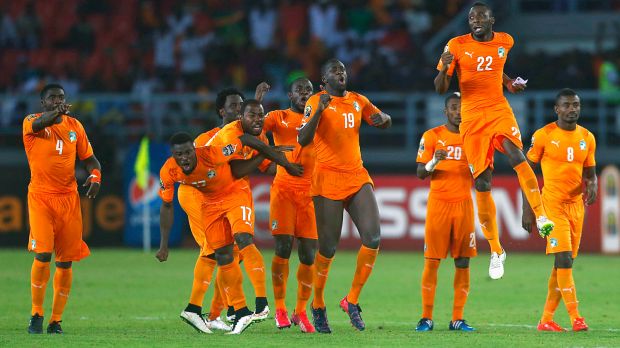 At last the golden generation of Cote d’ Ivoire has finally been crowned as African Champions following their pulsating 9-8 penalty kicks win over the Black Stars of Ghana at the Estadio de Bata in Equatorial Guinea on Sunday.
The encounter, which began on a high tempo, saw both sides failing to unlock each other’s defence throughout the entire 120 minutes.
Both West African opponents tried with several attacking forays but all to no avail.
Keeper Boubacar Barry was the hero for the Elephants as he denied his opposite number Brimah Razak and then fired the next spot kick into the net to hand Herve Renard’s men the victory.
The champions three previous AFCON finals in 1992, 2006 and 2012 all ended goalless. They beat Ghana in 1992 but lost to Egypt and Zambia on penalties.
Sunday’s win was their first since 1992 in the competition.